PTI secures majority, all set to form govt in Punjab 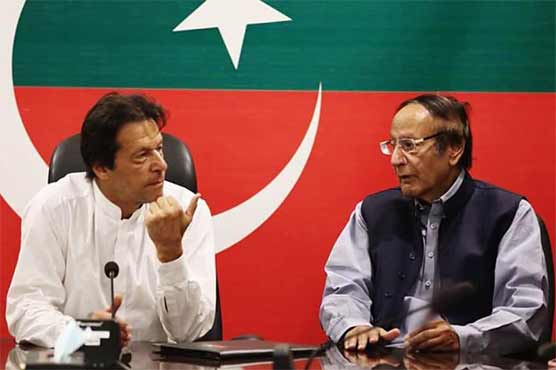 PTI secures majority, all set to form govt in Punjab

(Dunya News) - Pakistan Tehreek-e-Insaf (PTI) is all set to form government in Punjab as Imran Khan-led party has achieved the minimum target of 149.

As per details garnered, 14 MPAs-elect (member of provincial assembly) have formally announced to join PTI whereas six MPAs-elect will call on cricket-turned-politician Imran Khan at his residence in Bani Gala today and will pledge their alliance for the party. Likewise, MPAs-elect Basit Bukhari and Khurrum Laghari has also pledges alliance for Imran Khan, taking party’s overall tally to 151.

On the other hand, a delegation of Pakistan Muslim League Quaid (PML-Q) led by Ch Shujat Hussain and Pervez Elahi has left for Bani Gala. They have already announced support for PTI in both Centre and Punjab. With eight MPAs in pocket, PML-Q’s support for PTI has finally ended battle for Punjab crown.

With 129 seats in Punjab Assembly, PML-N enjoys slander lead over PTI but inclusion of independent lawmakers have swung the political battle in latter’s favor. It would be suffice here to say that Khan-led PTI will form government in the Punjab for the first time in country’s recorded history.

Fawad Ch has on Monday claimed to have secured majority in both Centre and Punjab and has announced to form government.

He was addressing a presser here in Islamabad today.

Fawad stated that PTI has obtained support of as many as 168 lawmakers in National Assembly and 180 lawmakers in Punjab Assembly.

Fawad stated that Imran Khan will name Punjab Chief Minister, however, he avoided to disclose the name.

He further told reporters that Pakistan Muslim League Quaid’s (PML-Q) leaders Ch Shujat and Pervez Elahi called on PM-in-waiting Imran Khan at his residence in Bani Gala and pledged their alliance. “PML-Q will be part of coalition governments in Centre and Punjab”, he added.