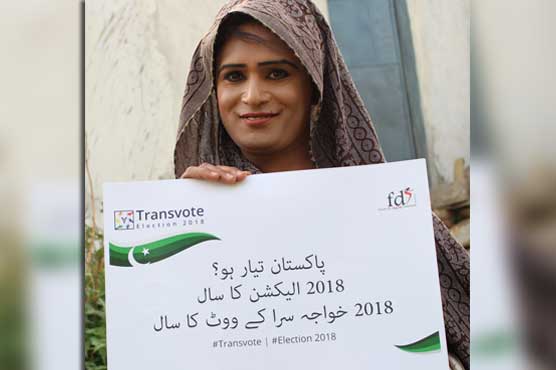 (Web Desk) Transgenders are considered the most vulnerable and miserable strata in any society particularly in South Asian culture. In the course of the wretched and discriminated mind-set of the society, this year 14 transgenders dares to represent their community and participate in the Pakistan General Elections 2018, in the line of mainstreaming their marginalized community.

The General Election of Pakistan 2018 features at least 14 transgenders, contesting for the National Assembly and for the provincial assemblies.

Last October, an organization named All Pakistan Transgender Election Network (APTEN), was established to assist trangenders in contesting and forming the electoral strategies for them. APTEN officially announced names of the candidates filing nomination papers for National and Provincial Assemblies.

First ever in the history of Pakistan, this lot of transgenders, will take part in the elections, three for National Assembly and eleven for the provincial assemblies.

The candidates contesting elections 2018 for National Assembly include Farzana Riaz for NA-33, Nayyab Ali for NA-142 and Nadeem Kashish for NA-52. 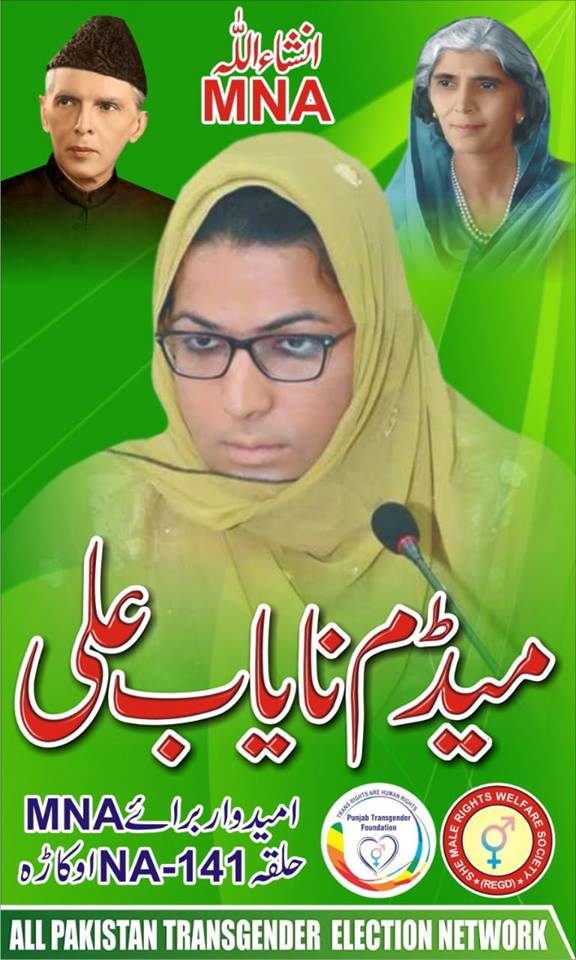 Among the list of the candidates filling their nominations for provincial assemblies include Arzoo Khan for PK-33, Komal for PK-38, Madam Rani for PK-40, Madam Bhutto for PP-189 and Lubna lal for PP-23.

Earlier, Ayesha Gulalai, the chairperson of the dissented faction of Pakistan Tehreek-e-Insaf (PTI) in a conference, announced four party tickets for transgenders.

Despite the fact that the transgenders were apparently given the political space to contest the elections, ECP curb their identity right by not including a separate section for transgenders in nomination papers. The issue was surfaced by the transgender activist and National Assembly candidate, Nayyab Ali from Okara. 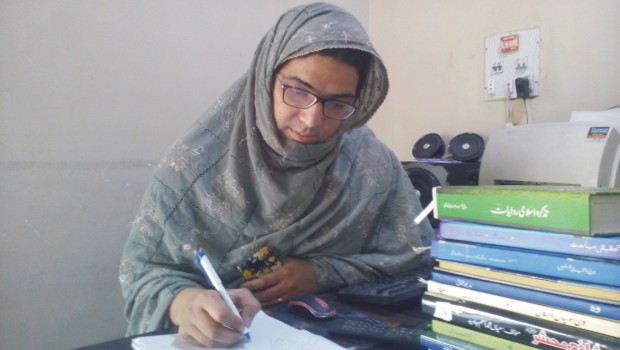 Transgenders were struggling since long to get into the political arena to address their concerns in their own voice. They met the first success back in 2009 when the Supreme Court of Pakistan gave ruling to place the transgenders in a separate gender column.

In 2015, Transgenders were given, at least constitutionally, the right to be treated evenly by the then Chief Justice of Pakistan, Iftikhan Chaudhary. This ruling paved the way for transgenders to cast vote and to claim their equal status as any other Pakistani national for inheritance and employments.

In the general elections of 2013, for the very first time, a transgender Bindya Rana has contested the election from a provincial constituency PS-114 as an independent candidate and secured only 27 votes.

Indiscriminating of gender, Transgenders, since very long, have been actively playing their part in politics all over the World. United States and Germany mainstreamed transgenders in 1990, followed by France in 2001 and England in 2002.

India elected their first transgender, Shabnam Mausi holding public office from 1998 to 2003. Two more later held the placements in 2002 and 2015.