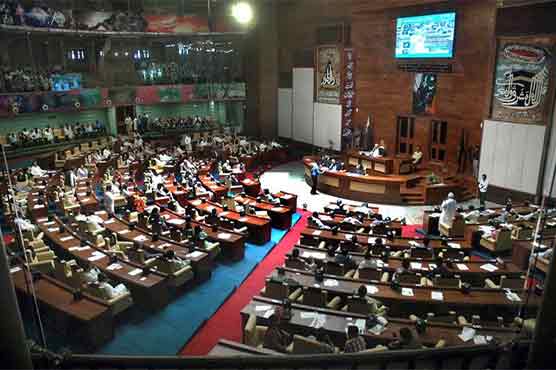 A proposal has been forwarded to allocate a sum of Rs 1,093 billion for the next fiscal year

KARACHI (Dunya News) – The Sindh government is likely to present provincial budget for fiscal year 2018-19 on May 5.

A proposal has been forwarded to allocate a sum of Rs 1,093 billion for the next fiscal year.

According to information received, the government could use Rs 891 billion out of Rs 1,010 billion allocated for the current fiscal year.

A sum of Rs 972 billion is likely to be allocated for government expenditures in the upcoming budget, The Centre will transfer Rs 743 billion to the province, while Rs 229 billion will be collected under provincial taxes.