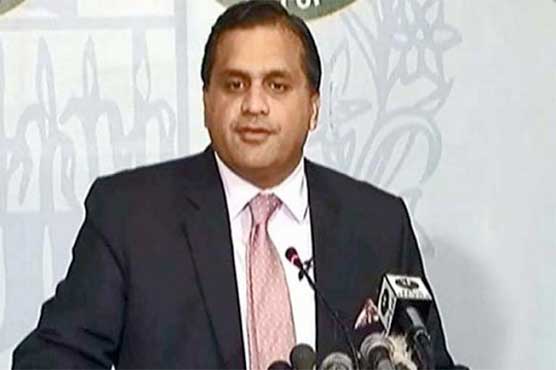 He was responding to the queries of media persons at his weekly news briefing about the Indian Prime Minister Narendra Modi s tirade against Pakistan in the UK.

Faisal maintained that the threatening statements emanating from the top Indian leadership against Pakistan should be a matter of concern for the international community.

The spokesperson said the international community should also take notice and get stopped the ongoing Indian atrocities in Occupied Kashmir.

"Our foreign policy is based on our own national interests," added Faisal.

The meeting will discuss regional peace and stability besides ways and means to further promote cooperation at different levels.

Responding to a question about the US decision to restrict movements of Pakistani diplomats, the spokesperson said both the sides are engaged and hoped the matter will be resolved.

Responding to the claims made by Modi about conducting surgical strikes in Pakistan, the spokesperson categorically dismissed them terming it farcical.