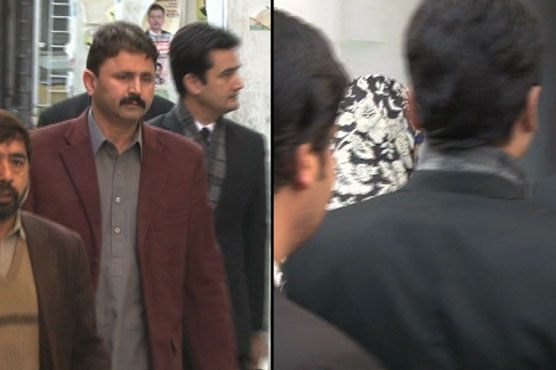 Both were arrested from the courtroom after the court announced the verdict reserved on March 27.

Both were arrested from the courtroom after the judge announced the verdict reserved on March 27.

Justice Aamer Farooq also handed down a fine of Rs50,000 each to the judge and his spouse for torturing the child maid. The accused persons had pleaded not guilty.

The incident occurred on Decmeber 27, 2016 and received widespread media coverage. The case was registered in I-9 police station.

On January 3, 2017, Tayyab’s parents apologized the judge and his spouse for the crime.

After the news of the reconciliation agreement was broadcasted on channels, Chief Justice of Pakistan (CJP) Mian Saqib Nisar took suo motu notice of the incident.

Following Supreme Court’s orders, police recovered Tayyaba from the suburbs of Islamabad and presented before the judges.

Raja Khurram Ali Khan was barred from continuing his work on January 12, 2017 on court orders. CJP then referred the case’s trial to IHC.

The suspects were indicted in the case on May 16, 2017 by IHC. Statements of at least 19 witnesses were recorded in the case comprising 11 prosecution witnesses and eight non-state witnesses including Tayyaba’s parents