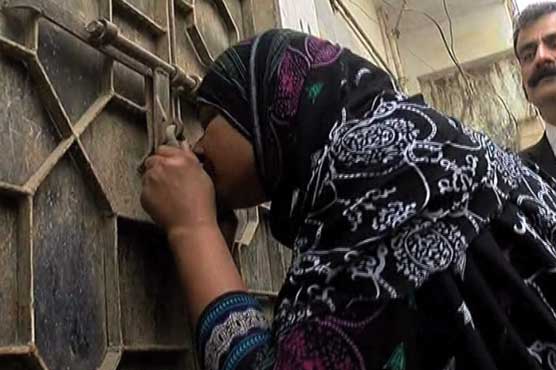 Asma regretted that her loved ones were not alive, but said there murderers were still at large.

KARACHI (Dunya News) – Asma Nawab, who was acquitted by the Supreme Court in the murder case of her parents and brother, has reached her home after almost two decades on Saturday.

Emotional Asma couldn’t stop her tears as she reached her house after 20 years.

Javaid Chatri, the counsel of Asma Nawab said that it was the responsibility of the police to safguard the house, adding that they will also lodge a robbery First Information Report (FIR).

Speaking on the occasion, Asma regretted that her loved ones were not alive, but said there murderers were still at large.

She after reviewing left the house along with her lawyers.

Earlier, She and two others were acquitted by the Supreme Court 20 years after a triple murder case was registered against them.

In 1998, Asma Nawab was alleged to have orchestrated the murder of her parents and brother over a love marriage.