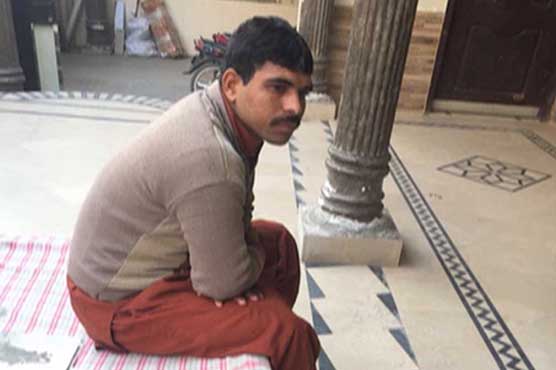 The court also rejected plea of convict's lawyer to grant time for argumentation.

A five-judge bench headed by Justice Sadaqat Ali Khan heard the petition. Justice Shahram Sarwar gave remarks that only Imran’s DNA out of 1187 people matched with minor girl Zainab which proved him a prime culprit.

The judge questioned lawyer of Imran that the culprit filed a plea to reduce his sentence while you are giving arguments for his bail. On the other side, investigation has already proven him guilty, he added.

No one should raise objections when court gives justice on time, Justice Sadaqat Ali remarked.

He also rejected plea of convict’s lawyer to grant time for argumentation.

Earlier, father of seven-year-old girl, Haji Ameen Ansari had filed a plea in Supreme Court (SC) seeking security due to threats from convict Imran Ali’s family. He said that Imran’s relatives are harassing and pressurizing them.

Imran Ali had claimed innocence in the case and filed an appeal against Anti-Terrorism Court (ATC) decision in LHC. He said that legal requirements were not ensured as the proceedings were concluded in hurry.

On February 17, ATC handed over four counts of death penalty to Imran while he was also given four separate death sentences after being convicted of the rape and murder of Zainab, as well as terrorism charges, prosecutor general of Punjab province Ihtesham Qadir said after a special anti-terrorism court passed its judgement.

The prosecutors said he received further life imprisonment and fines totalling 3.2 million rupees ($30,000) for additional charges of hiding his victim s body. The suspect can file an appeal against the decision within 15 days, he added.

One million rupees of the fine would be given in compensation to Zainab’s family, public prosecutor Abdul Rauf Wattoo said.

Seven-year-old Zainab went missing on January 4 on her way back to home from maternal aunt’s house. On January 8, her body was found in a garbage dump in the city of Kasur.

Zainab had marks of torture on nose, neck, and other parts of the body and was raped before murder, revealed medical report.

The guardians complained upon return from Umrah that the police did not cooperate with the relatives, who were looking for the missing minor.