SC hints at imposing ban on issuance of uplift funds 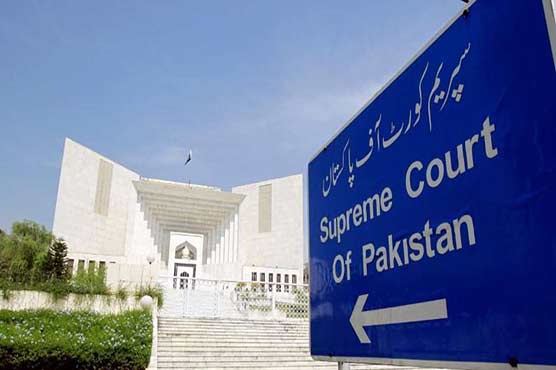 SC hints at imposing ban on issuance of uplift funds

CJP also directed Sindh government to reimburse all the money spent on self-promotion to kitty.

ISLAMABAD (Dunya News) – The country’s top court has on Wednesday hinted at slapping ban on issuance of uplift funds ahead of general polls 2018.

While hearing the case of government advertisement case, the Chief Justice of Pakistan (CJP) remarked that funds can’t be left on the jurisdiction of lawmakers.

CJP also directed Sindh government to reimburse all the money spent on self-promotion to kitty.

During hearing, SC made it clear that the apex court had only halted those advertisements carrying photographs of public servants.

Later, the hearing was adjourned till April.

Earlier yesterday, CJP Justice Mian Saqib Nisar on Monday opined that the apex court would not permit usage of public money to be spent on political campaigns.

He directed authorities to halt advertisements carrying photographs of Imran Khan and Pervez Khattak on newspapers. Likewise, he also directed Sindh govt not to publish pictures of Bilawal Bhutto, Asif Ali Zardari and Benazir Bhutto on newspapers in Sindh from public money.

The country’s top court also summoned report pertaining to three months advertisement from Sindh government and cited concerns over exorbitant sum of public money doled out by provincial governments on their promotions.

“We do not have any concern with the advertisement but public money should not be spent on self-promotion,” remarked CJP.

KPK’s secretary of information—during hearing—informed the court that provincial government had spent Rs1.63 bn on advertisement in the past four years.