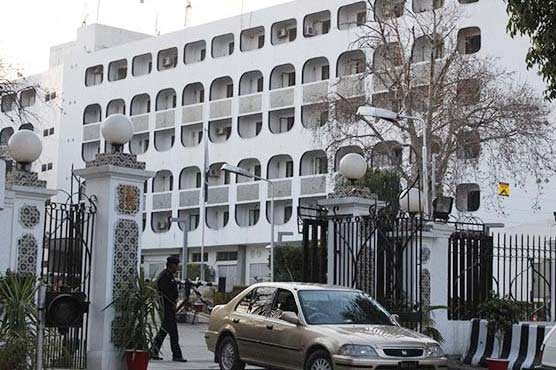 He said that the Indian occupation forces deliberately targeted a school van carrying school children on Battal-Madharpur road, resulting in the shahadat of the driver of the van, Mr. Sarfaraz Ahmed, leaving the school children severely traumatized. Despite calls for restraint, India continues to indulge in ceasefire violations.

The media release said, "The deliberate targeting of civilian populated areas is indeed deplorable and contrary to human dignity, international human rights and humanitarian laws. The ceasefire violations by India are a threat to regional peace and security and may lead to a strategic miscalculation."

FO urged the Indian side to respect the 2003 Ceasefire arrangement; investigate this and other incidents of ceasefire violations; instruct the Indian forces to respect the ceasefire, in letter and spirit and maintain peace on the LoC and the Working Boundary. He urged that the Indian side should permit UNMOGIP to play its mandated role as per the UN Security Council resolutions.