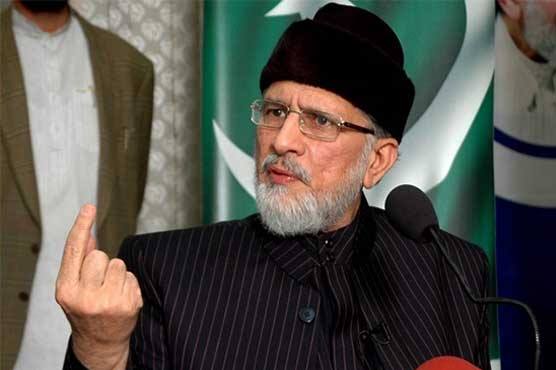 He was addressing ceremony in Lahore.

He was addressing a ceremony here in Lahore today (Tuesday) and said that he would announce timeframe regarding future strategy today.

“It [ill-famed Model Town operation] was not an operation against encroachments but [an operation] to kill protestors”, asserted Qadri while demanding constitution of unbiased judicial bench for further proceedings into the incident.

It is pertinent to mention that at least 14 people were killed while scored sustained injuries when operation against encroachments outside PAT Headquarters turned violent in Lahore s Model Town.

Responding to Qadri’s deadline, Sanaullah taunted that politics of few elements is surviving on deadlines.

“Dec-31 might be Tahirul Qadri’s new deadline to depart from country”, responded Sanaullah while adding that Qadri desires chaos in country by making such announcements.