One killed, over 100 injured in operation against Faizabad sit-in protesters 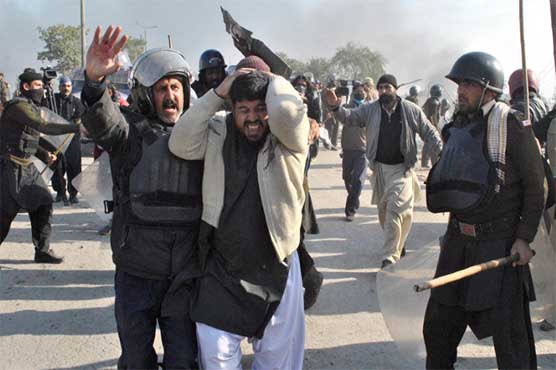 One killed, over 100 injured in operation against Faizabad sit-in protesters

Several injured people including police officers have been shifted to the hospitals.

ISLAMABAD (Dunya News) – A policeman lost his life while more than 100 people sustained severe wounds during an operation launched by police, Frontier Corps (FC) and Rangers personnel against Faizabad sit-in protesters on early Saturday morning after the deadline given by the local administration to clear the main road expired at midnight.

The operation was carried out after police personnel repeatedly directed some 2,000 protesters to call-off their sit-in. The officers resorted to teargas and rubber bullets firing, retaliating to which the workers of religious parties hurled stones at them. 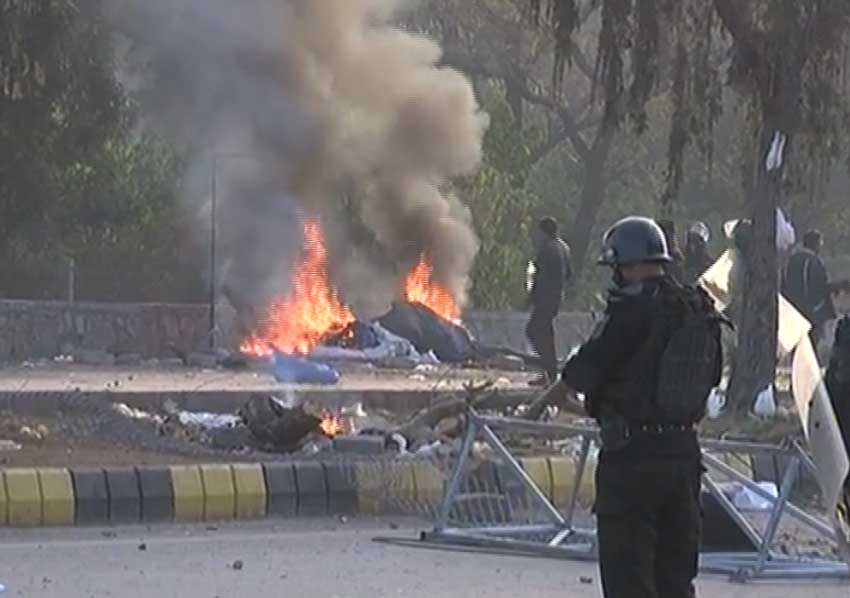 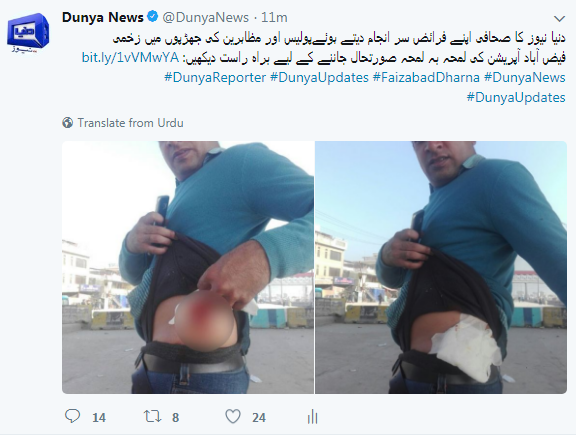 Television images showed people standing on top of freight containers that had blocked the roads around the sit-in, and plumes of smoke filling the air.

However, security personnel have cleared the metro bus station whereas they have also dispersed nearly all the protesters on I.J. Principal Road near the Faizabad Interchange.

More than 100 protesters have also been arrested while few camps were also burnt to warn them.

Majority of the officers stepped back due to inappropriate safety arrangements, provided by the administration and the department as they were not having masks and other precautionary measures to handle teargas whereas the enraged protesters also resisted the action severely.

An emergency has been declared in all hospitals of Rawalpindi and Islamabad while the holidays of the doctors have also been canceled. 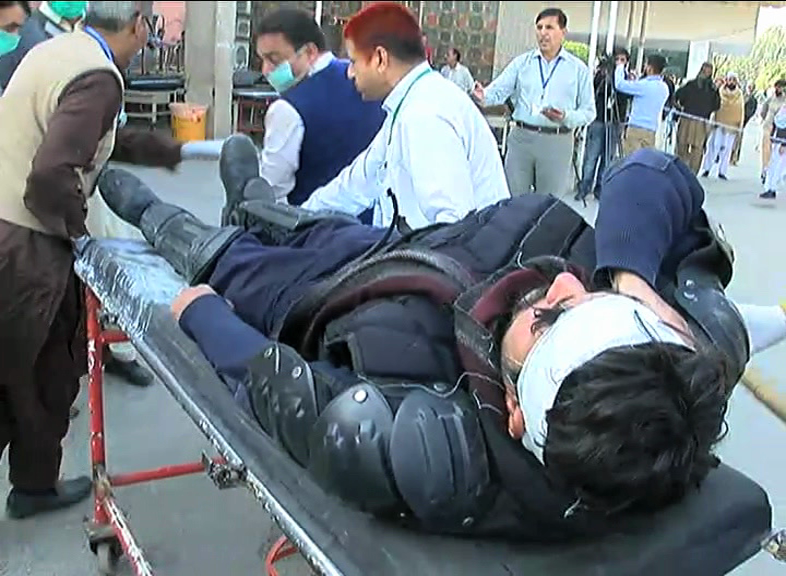 So far, several injured people including police officers and seven locals have been shifted to the hospitals for medical treatment.

The shops and other business sectors have been closed in the vicinity of the operation and the administration has also been directed to shut all the educational institutions to avoid any untoward situation. 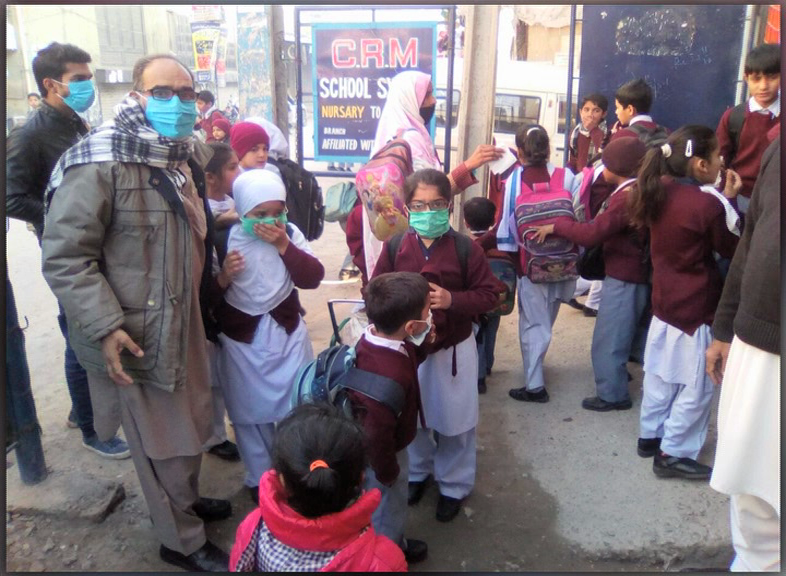 The connected roads and streets have been blocked by placing containers in order to bar more people from joining the sit-in.

Protests in other parts of country

The ongoing joint operation has sparked protests in parts of the country including Karachi, Lahore, Rawat, Ferozwala, Daska, Okara and Renala Khurd.

The protesters supporting the sit-in blocked main roads and demanded the government to halt its operation. They also chanted slogans against the local administration and also burned tyres to record their anger.

The police officers in respective places are also trying hard to disperse the mobs to restore the flow of traffic.

Meanwhile, analysts and critics have accused the government of bungling its response to the protest, and allowing a minor issue to grow into a headline-grabbing and potentially dangerous situation.

Motorway M3 has also been closed for every kind of traffic.

Roughly 2,000 protesters from the Tehreek-i-Labaik Ya Rasool Allah Pakistan group blocked the main highway used by thousands of commuters since November 6, causing hours-long traffic jams in Islamabad and Rawalpindi.

The sit-in has already cost the life of at least one eight-year-old child whose ambulance could not reach a hospital in time due to the blocked roads, a statement from Supreme Court (SC) confirmed this week.

The federal government initiated talks with the protesters on several occasions during the last two weeks, but all went in vain. The protesters continuously demanded the resignation from Law Minister Zahid Hamid over the alleged exclusion of Khatm-e-Nabuwwat clause from the nomination papers to which he denies.

Both the parliament houses had restored the Khatm-e-Nabuwwat clause in the nomination papers in its original form through the Elections (Amendment) Bill 2017.

Earlier, the district administration in Islamabad had issued final warning to sit-in protestors in Faizabad to clear the main road by 12:00midnight and let them implement the Islamabad High Court (IHC) ruling.

Heavy rain in Gujranwala and surroundings