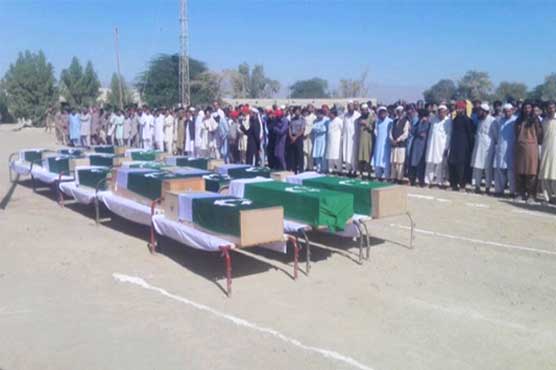 The bodies were flown to ancestral towns or villages of the dead through C-130 plane.

TURBAT (Dunya News) - Collective funeral prayers of 15 men who were killed in Turbat by unidentified people was offered today (Thursday) in the city.

The bodies were then flown to ancestral towns or villages of the dead through C-130 plane. Later, a security meeting headed by Balochistan CM and Lt Gen Asim Saleem Bajwa was held and was attended by provincial ministers, Inspector General (IG) police, IG Frontier Corps, Commissioner Makran and other higher authorities.

The meeting reviewed the motives behind the brutal killing of the men.

Security departments also briefed the participants about the incident. It was decided in the meeting that strict action should be taken against the enemies.

The bullet-riddled bodies were found on a mountain in Balochistan’s Turbat district on Wednesday morning. 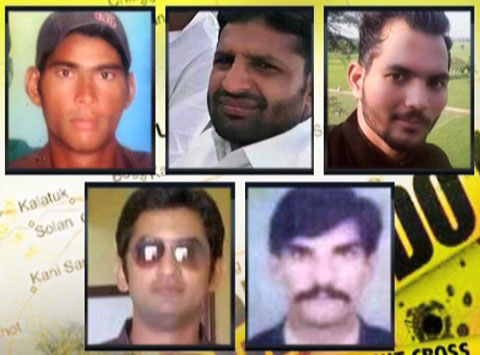 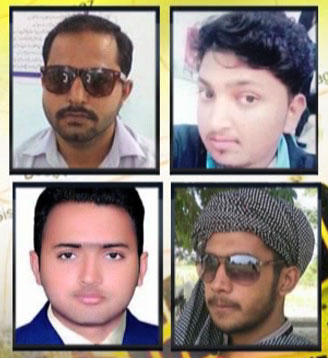 Turbat Assistant Commissioner said that the bodies were spotted by the locals. Levies personnel immediately arrived at the scene and shifted them to the District Headquarter (DHQ) Hospital for autopsy.

The victims were trying to illegally cross the Iranian border to reach Gulf countries. They were kidnapped by unidentified men near Buleda valley in Kech District.

Bereaved family members broke into tears and wails as they heard the catastrophic news. They have accused the travel agents of murdering the men. 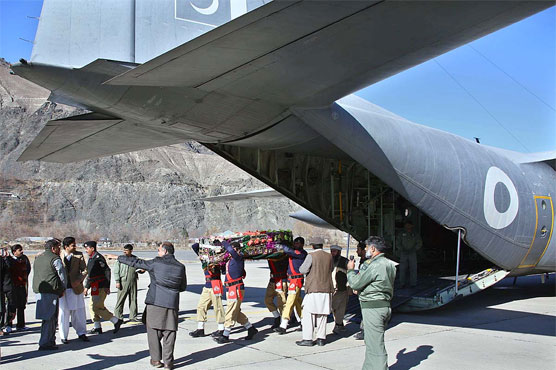 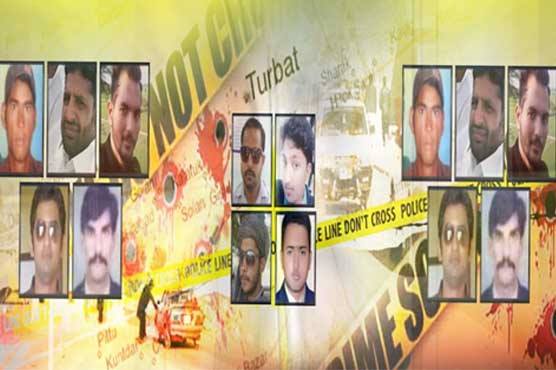 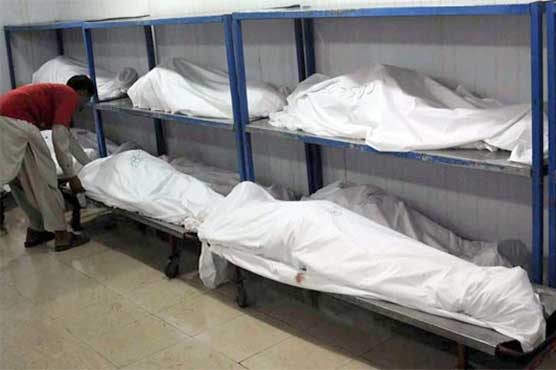