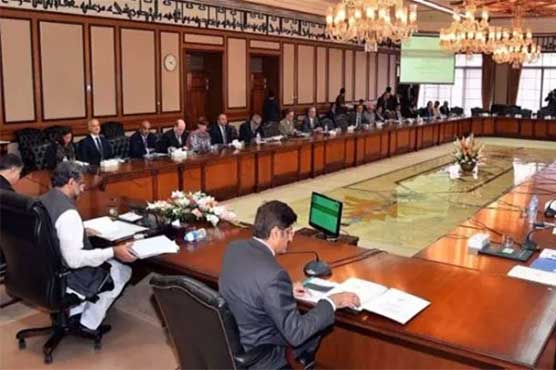 ISLAMABAD (Dunya News) – The Council of Common Interests (CCI) is all set to legislate on delimitation of new constituencies on Monday (today) in a session that will be chaired by Prime Minister (PM) Shahid Khaqan Abbasi in the federal capital.

All four provincial chief ministers will participate in the meeting along with members of the federal government.

Pakistan Muslim League-Nawaz (PML-N), the ruling party, has started contacting Pakistan Peoples Party (PPP) and other opposition parties prior to the all-important session.

National Assembly (NA) Speaker Ayaz Sadiq was busy making telephonic contacts with political parties till late night to take them into confidence regarding the constitutional amendment.

He maintained that the solution through parliament will benefit all, and hoped that other parties will show a responsible behaviour.

Ayaz Sadiq seemed optimistic after the contacts and said people may get a good news to hear today.

Furthermore, Finance Minister Ishaq Dar has been removed as a member of CCI by President Mamnoon Hussain on PM Abbasi’s advice, and a formal notification is also issued in this regard.

Interior minister Ahsan Iqbal has replaced Dar in the CCI bench to represent the federal government. Let it be known that the finance minister is in London for medical reasons, and is undergoing heart treatment.

On the other hand, a slight change has been made in the schedule of the CCI meeting. The session, that was to begin at 12 noon, will now start at 04:00 PM.

Quality education for youth must for nation building: PM