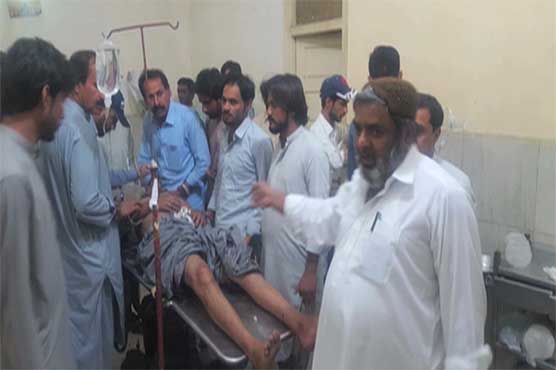 Reportedly, a cricket match was ongoing in the stadium when a blast was heard

KHUZDAR (Dunya News) – Five persons were wounded on Sunday in a blast near cricket stadium around an hour after a cracker blast was reported at Quetta Electric Supply Company (QESCO).

Sources privy to security departments have reported that five persons were injured in the blast and no reports of any deaths came in.

Reportedly, a cricket match was ongoing in the stadium when a blast was heard.

According to Balochistan Police, nature of the blast is yet to be confirmed however, all the wounded were immediately moved to a nearby hospital for treatment.

The blast came in after a cracker blast was reported in QESCO however no casualties surfaced.

'I burn my boats to meet the goal'