General Elections 2018 to be held on time: Chief Election Commissioner 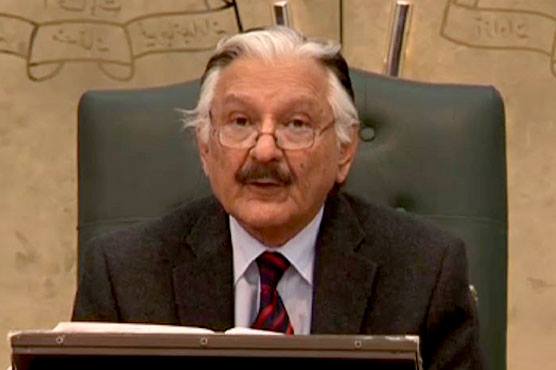 He was talking to media.

ISLAMABAD (Dunya News)- Chief Election Commissioner (CEC) on Friday stated that next 2018 general elections would take place as per schedule.

He was talking to media after inaugurating facilitating center at National Database and Registration Authority’s (NADRA) office in Islamabad.

Speaking to media, CEC said that now vote would be registered with issuance of Computerized National Identity Card (CNIC) and termed the day as historic moment in country’s history. He also vowed to craft ‘flawless’ election list.

NADRA chairman was also present on the occasion. He said NADRA has achieved another milestone and a big hurdle in way of vote registration has been slashed.

During the meeting, Sharif brothers categorically ruled out the possibility of early elections. They also decided to further accelerate their contacts with all political opponents.

Both discussed matters of mutual interest and political situation of the country. They also excluded the likelihood of early elections.

Will young voters decide the fate of the 2018 General Election?