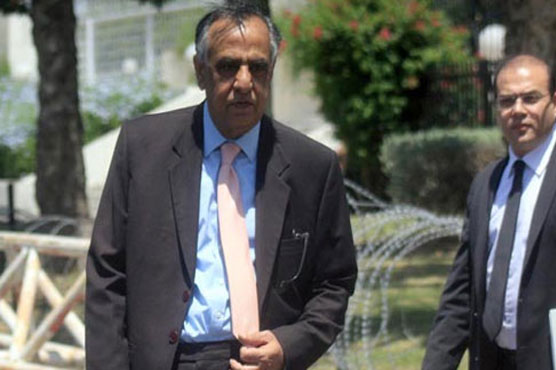 Special Judge Central Irum Niazi conducted hearing over the petition which adopted stance that record tampering evidences against Hijazi are inadequate therefore; he should be acquitted from the case before trial.

The judge while rejecting the petition remarked that the former SECP chairman cannot be released as solid evidences are present against him to initiate a trial.

The court while adjourning the hearing directed Federal Investigation Agency (FIA) to present testimonies against Zafar Hijazi on November 29.

The charge-sheet accused Hijazi of pressurizing his subordinates to alter dates on documents related to the sugar mills. However; Hijazi pleaded not guilty to the charges.

It should be recalled that joint investigation team (JIT), constituted by apex court to probe Sharifs’ offshore assets, had found Hijazi guilty of tampering the records of companies owned by the Sharif family, and had recommended registering a First Information Report (FIR) against him.

In July, the federal government appointed Zafar Abdullah as acting chairman of the SECP while placing the incumbent Hijazi under suspension.