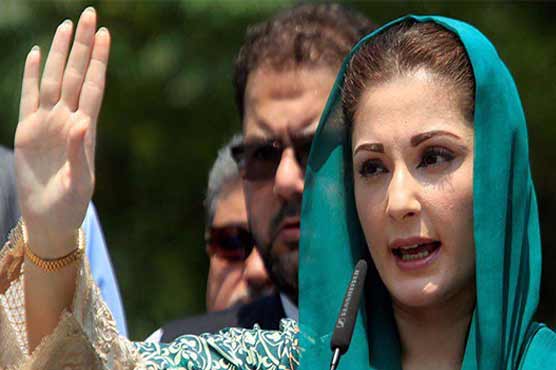 The NAB prosecutor, afterwards, announced to prove the allegations during trial.

Maryam Nawaz along with her father Nawaz Sharif and husband Captain (r) Safdar appeared in the court during which, the section regarding submitting fake documents to Panama Joint Investigation Team (JIT) was omitted.

The NAB prosecutor, afterwards, announced to prove the allegations during trial.

Earlier, JIT declared the documents presented by Maryam Nawaz as forged, saying that the Calibri font was not available for public use then i.e before January 31, 2007.

The report said, “I have identified the type font used to produce both certified Declarations as ‘Calibri’, However, Calibri was not commercially available before 31st January 2007 and as such, neither of the originals of the certified Declarations us correctly dated and happy to have been created at some late point in time.”

Later, a Microsoft representative said that the Calibri font was ‘available in a pre-release form all the way back to 2004’. The representative wasn’t able to verify the exact date but confirmed that it could have been available in 2004 as well.