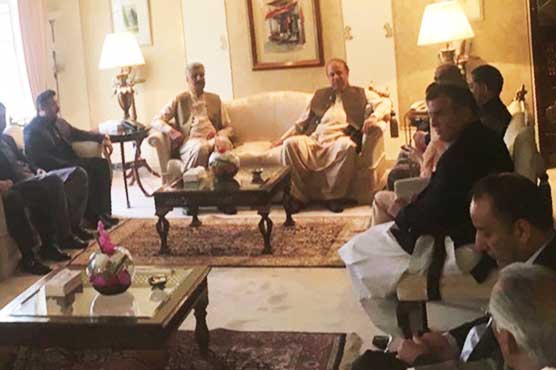 Various issues including ongoing political situation and future strategy were discussed in meeting.

Sources told that various issues including ongoing political situation and future strategy were discussed during the meeting while the participants also talked on the NAB references.

The former PM returned home on Thursday. He had been in London with his wife who is undergoing cancer treatment.

Nawaz Sharif not among those who run away from accountability: Marriyum