Nawaz Sharif assures NAB of his appearance in court on Friday 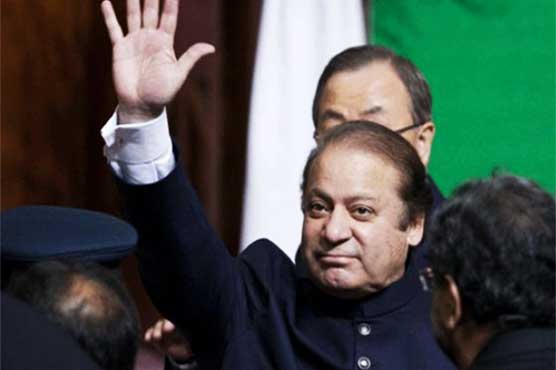 Following the summon issued by the accountability court against Nawaz Sharif, NAB team members met Nawaz Sharif who assured them to attend the hearing over corruption references against him on Friday.

After his arrival, former PM chaired a meeting of party workers including Senators Asif Kirmani and Pervaiz Rasheed during which he said that he is not afraid of fake cases against him, adding that the party will not clash with anyone.

Earlier, talking to journalists in London, Nawaz Sharif complained that there are contradictions in the ‘system of Pakistan’. He said that he is not afraid of prisons as this is not the first time he is encountered with tough scenario, politically.

Former premier questioned the toppling of his government in 1999 claiming that the action that was taken against him had no legal backing. A premier was branded a ‘hijacker’ in a moment of seconds, Nawaz complained.

Former prime minister said that I am going to Pakistan to appear before the NAB court on Friday despite that fact that my ailing wife, Kulsoom Nawaz who underwent second chemotherapy session in London, needed me here to stay with her.