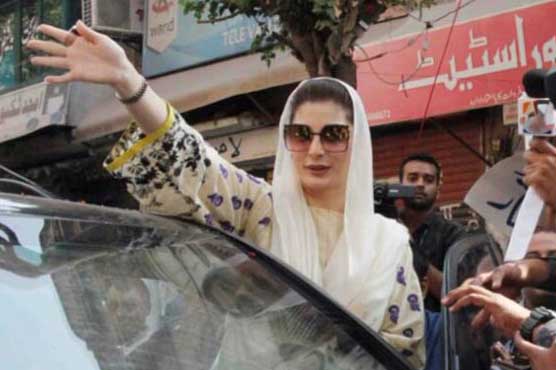 Hashtag #HBDMaryamNawaz is trending top on Twitter in Pakistan.

My heartfelt  THANK YOU  for your beautiful and heart-touching wishes & prayers on my birthday. Your affection means a lot to me. God bless.

There are so many important things that I’ve learnt from you but your “patience” must be appreciated . Happy Birthday! @MaryamNSharif pic.twitter.com/VstwXhakaD

Born on 28 October 1973 in Lahore, Maryam was initially involved in the family’s philanthropic organisations and served as the chairperson of Sharif Trust, Sharif Medical City and Sharif Education Institutes.

In 2013, she entered politics when made in charge of Nawaz Sharif’s election campaign. In 2013, she was appointed as the Chairperson of the Prime Minister’s Youth Programme however she resigned in 2014 after her appointment was challenged in the Lahore High Court. She is seen as the political heir to her father.

Recently, Maryam rang alarm bell for political rivals when she single-handedly guided PMLN to victory in arguably one of the toughest by-poll of country’s history in NA-120 constituency.

At present, Maryam is leading ruling party in absence of her father and appearing before accountability court in Panama Papers Case.