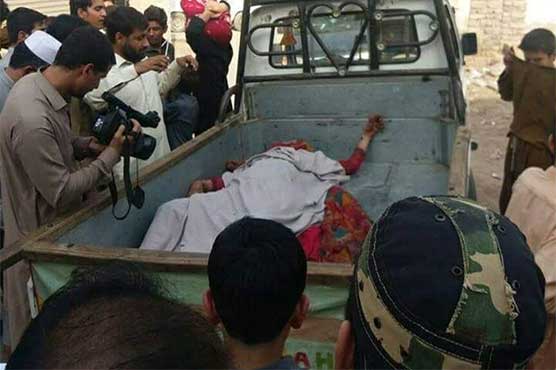 The body was not identified and was buried early Sunday.

PESHAWAR (AFP) - The beheaded body of a transgender person has been found in the northwestern Pakistani city of Peshawar, officials said Sunday.

The decomposed body of a person aged about 25 had been dumped on farmland in the city’s low-income district of Tehkal. It was discovered late Saturday.

The body was not identified and was buried early Sunday after photos and fingerprints were taken, local police official Zahoor Ahmad told AFP.

He said police had started investigations and were trying to identify the victim.

In 2009 Pakistan became one of the first countries in the world to legally recognise a third sex, allowing transgender people to obtain identity cards. Several have also run in elections.

Despite this many transgender Pakistanis face rampant discrimination and are forced to live as pariahs, often reduced to begging or prostitution and subjected to extortion and violence.

But past studies by non-profit groups and development organisations have put the size of the community in the hundreds of thousands.

One dacoit killed, another arrested in separate raids in Karachi