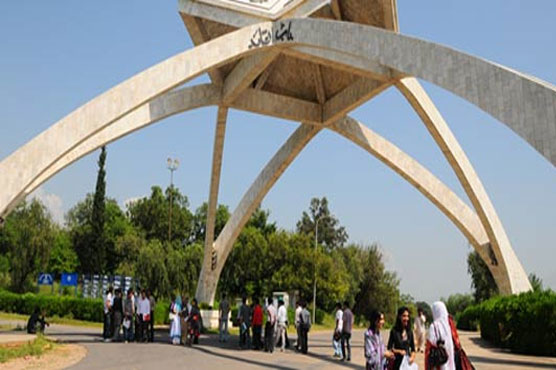 The vice chancellor has summoned a syndicate meeting to decide the future of expelled students.

ISLAMABAD (Dunya News) - Quaid-i-Azam University (QAU) reopened in Islamabad on Friday after 16 days following the successful negotiation between the administrations and protesting students.

The development came last night when the administration and students held talks. QAU has reduced the fee by 10 percent whereas the vice chancellor has summoned a syndicate meeting to decide the future of expelled students.

Students have begun to arrive in the university for their admissions while faculty members have also reached the institution.

On October 4, QAU students went on a strike demanding that all the students who were expelled due to their involvement in a fight and strikes a few months ago be restored.

The students also demanded that the fee structure be revised, new hostels be made, buses be provided, heavy fines be reimbursed and for student facilities to be improved.

They also insisted to remove the Vice Chancellor Dr Javed Ashraf while accusing him of administrative irregularities and embezzlement.

Federal minister for Shehbaz Sharif as PML-N head, suggests Nawaz to step down

Proposal to implement article-62, 63 on members of Ruet-e-Hilal committee