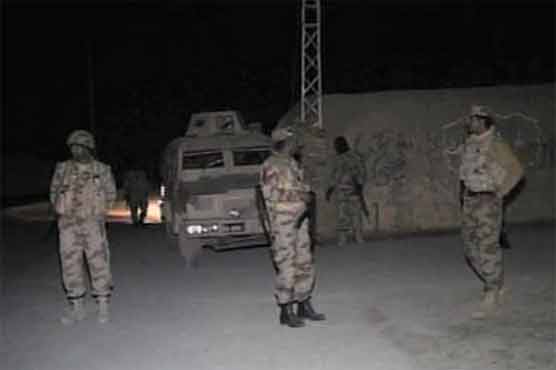 Three terrorists were killed in encounter with CTD and security forces in Quetta of Wednesday.

QUETTA (Dunya News) – At least three terrorists of a banned outfit were killed in exchange of fire with security forces and Counter-Terrorism Department personnel near East Bypass area of Quetta on Wednesday, Dunya News reported.

According to details, security forces and CTD launched a joint operation in East Bypass area of Quetta on intelligence report during which terrorists present in the area opened fire. The law enforcement agencies returned the fire as a result three terrorists were killed.

The security forces also seized explosive material and a huge cache of arms from the terrorists’ hideout. The bodies of dead terrorists were handed over to police.