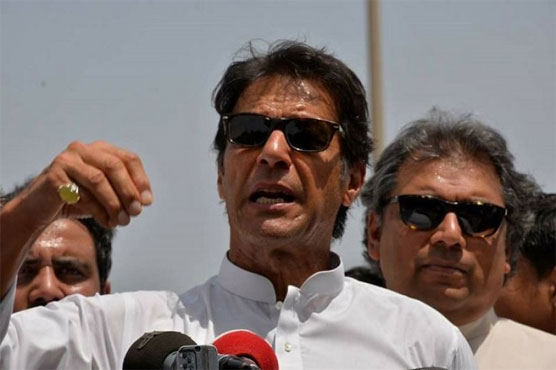 The petition says that ECP exceeded their authority while issuing the illegal order.

The petition submitted by Babar Awan says that ECP exceeded their authority while issuing the illegal order. It termed the warrants as violation of basic human rights and maintained that ECP is retaliating against Khan on political basis. Khan has requested the court to suspend the arrest warrant.

Chief Election Commissioner retired Justice Sardar Muhammad Raza and PTI dissident and one of the party s founding members, Akbar S. Babar have been made parties in the petition.

On October 12, ECP issued non-bailable warrants for Imran Khan in contempt of court case against him for "repeatedly failing to appear for the hearing and for failing to send a written apology to the ECP for his absence in court".

ECP while sending the warrants to Islamabad SSP Operations has asked the relevant authority to arrest Khan and present him before the commission on October 26 at 10:00 AM. The addresses of Imran’s Bani Gala residence and PTI party office in Blue Area have been mentioned on the warrants.