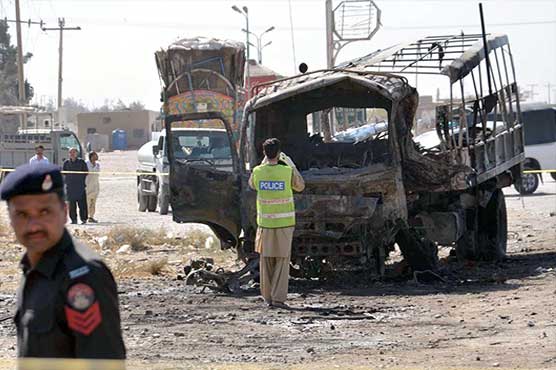 The injured persons have been moved to the civil hospital in Quetta.

QUETTA (Dunya News) – Seven people were killed and 22 others injured on Wednesday morning when a terrorist rammbed explosive-laden vehicle into police truck in the southwestern Pakistani city of Quetta.

The incident took place on Sibi Road in Sariab area. 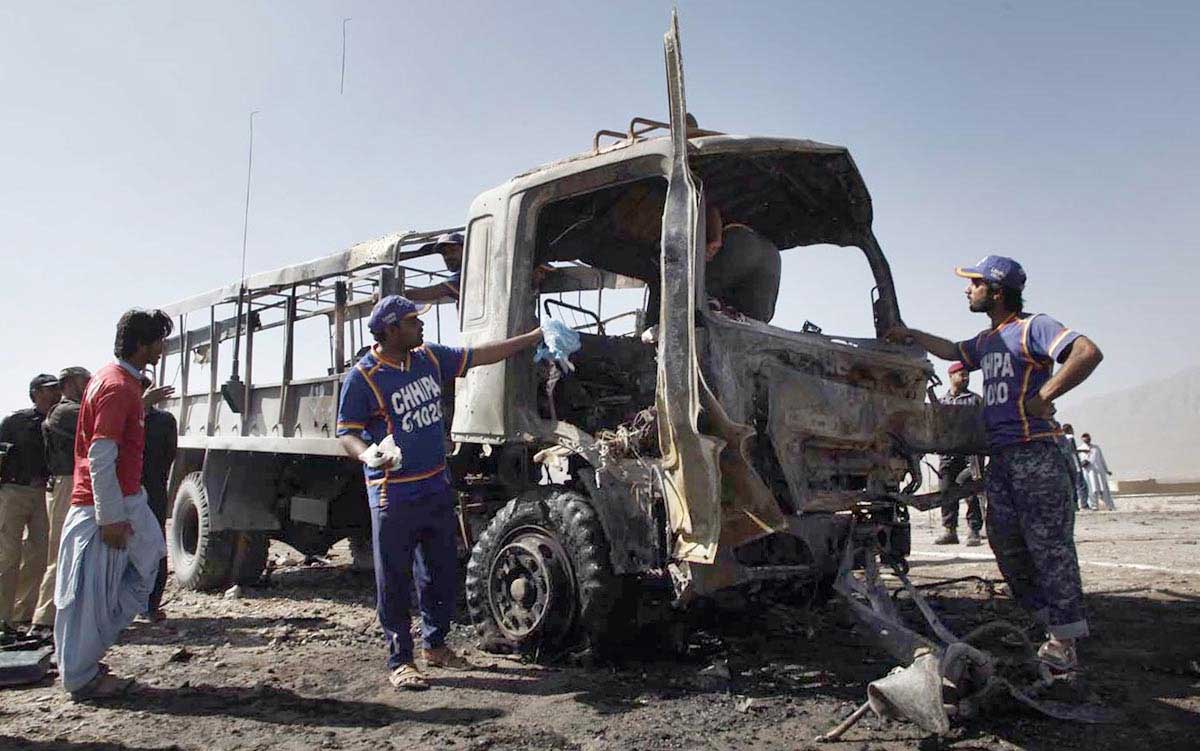 According to Bomb Disposal Squad, the suicide car bomber chased and hit a truck carrying around 30 Rapid Response Force (RRF) personnel. More than 100 kilograms of explosives were used in the attack. 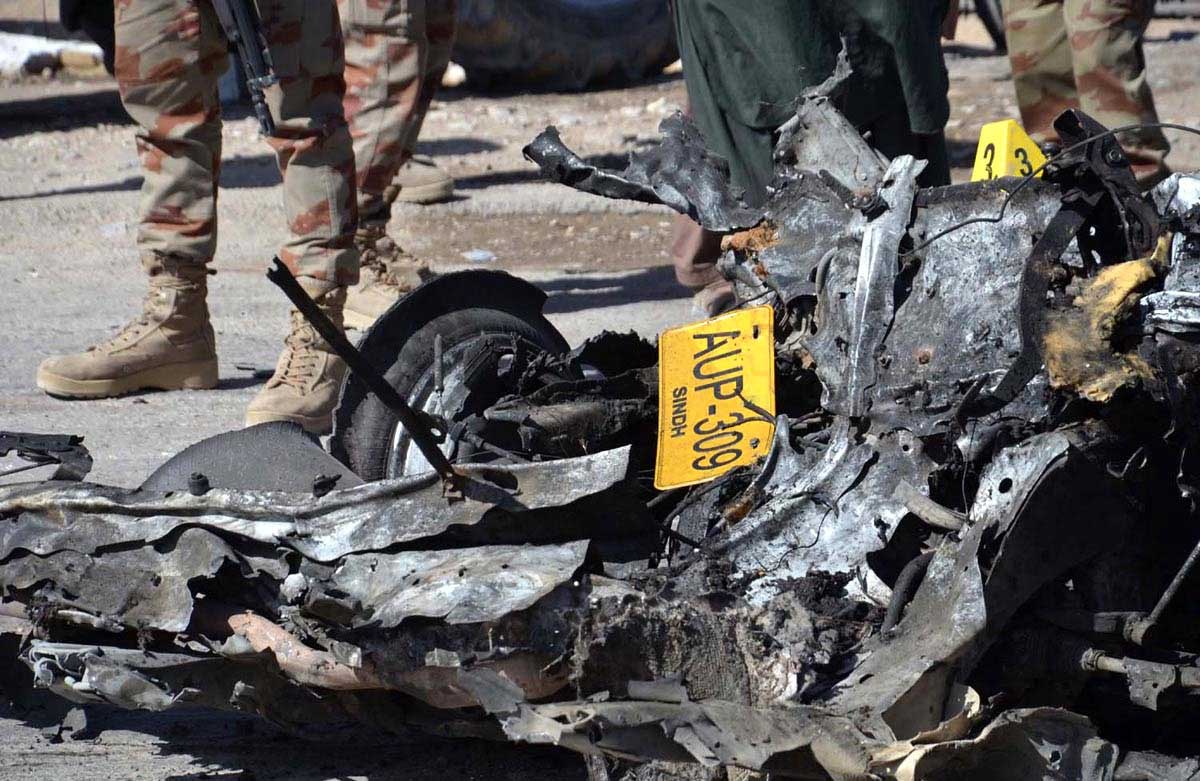 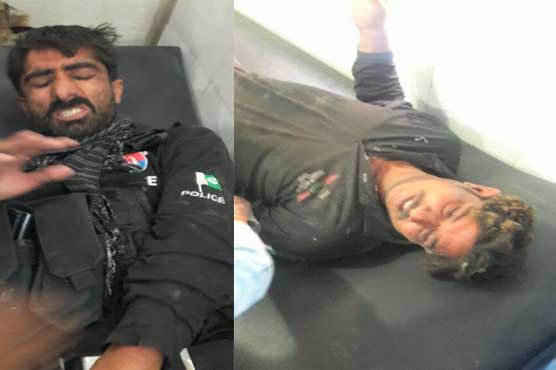 Balochistan, which borders Iran and Afghanistan, has oil and gas resources but is afflicted by militancy, sectarian violence and a separatist insurgency.

Security forces are frequently attacked by militants in the province.