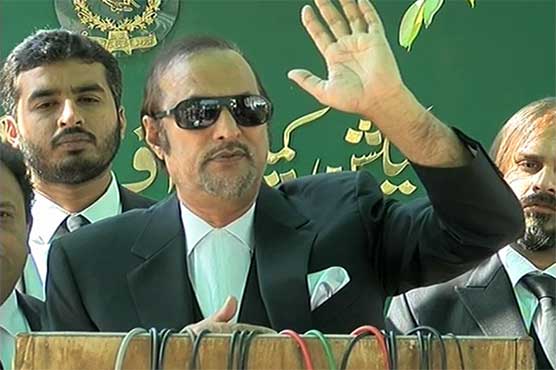 ISLAMABAD (Dunya News) – Pakistan Tehreek-e-Insaf (PTI) leader and lawyer Babar Awan claimed on Tuesday that there is no chance of disqualification of his party chairman Imran Khan.

Talking to media after appearing in Election Commission of Pakistan (ECP), he said the federal government has become an enemy of state’s institutions. Awan said inflation has skyrocketed in this tenure and it appears as if the government will leave no stone unturned to take the rate further high.

He rejected the claims of good governance saying ex-PM Nawaz Sharif promised to facilitate the people before 2013 general elections but failed to do so. “The ineligible government and ineligible cabinet is committed to fail economy,” he added.

Without naming Interior Minister Ahsan Iqbal, he criticised the government for creating friction outside Judicial Complex, recalling his warning to resign. He stated, “The government attacked NAB court after removal of Rangers from the building’s security.”

He also claimed that all record was burned and said it is the way PML-N hide all facts in past as well.

PTI Chairman has already announced that he will appear before ECP on October 26 after issuance of non-bailable arrest warrant against contempt charges. ECP has launched investigation against the opposition party in foreign funding case.

Imran asked workers to throw acid on my face: Gulalai