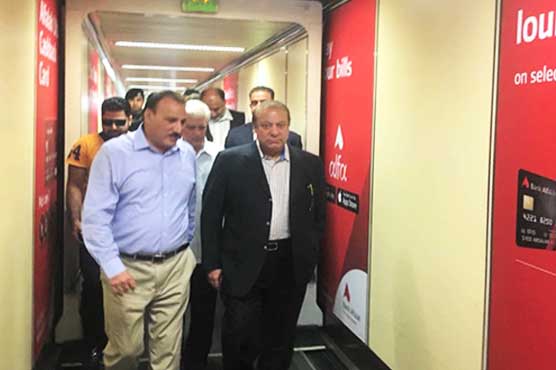 Former PM would inquire about the health of his wife Begum Kulsoom Nawaz.

Former PM would inquire about the health of his wife Begum Kulsoom Nawaz, who is undergoing treatment for lymphoma.

The flight was earlier stopped at runway after a passenger fell sick however, it took off later.

The court had decided to hear cases against Nawaz Sharif in separate trials while he is likely to be indicted on October 9.

On September 26, Nawaz Sharif had short appearance before the court after which he was granted permission to leave to attend his ailing wife who is undergoing treatment for lymphoma.