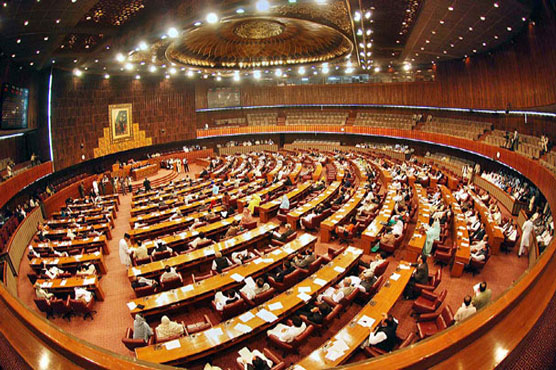 All the parties have unanimously welcomed government’s step to restore the clause.

ISLAMABAD (Dunya News) – National Assembly is all set to approve the Khatm-i-Naboowat clause in Elections Act 2017 in its original form today (Thursday).

All the parties have unanimously welcomed government’s step to restore the clause as they have decided to bring constitutional amendment in today’s session.

Earlier, Speaker National Assembly Ayaz Sadiq on Wednesday accepted that a ‘clerical or technical mistake’ was made in Khatm-i-Naboowat clause which would be restored in its original form.

Chief of Awami Muslim League (AML) Sheikh Rashid had also challenged Elections Act 2017 in Supreme Court (SC), stating that the Constitution has been distorted to safe one person.

In the new form-A, the words “I solemnly swear” have been replaced with “I believe” and the clause relating to Khatm-i-Naboowat has not been made applicable to non-Muslim candidates.