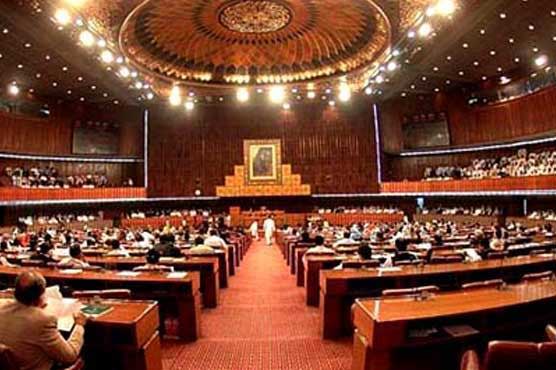 ISLAMABAD (Dunya News) – The lawmakers in National Assembly are expected to approve the amended Electoral Reforms Bill 2017 tomorrow which will pave the way for ex-PM Nawaz Sharif as PML-N president. The bill has already been approved from Senate.

The sacked premier is also due to appear before accountability court on October 2 for which he will leave for Islamabad from Lahore. He will attend important meetings with the legal team and ministers. PML-N will decide its future strategy regarding the party leadership and court proceedings.

President Mamnoon Hussain will hurriedly give the final approval of the bill with his signature after the thumbs up from lower house. It is expected that PML-N will introduce amendment to its constitution on the same day.

The ruling party will hold a general council session day after tomorrow in which elections for the new party head will take place. There is already a consensus to appoint Nawaz Sharif as the party president.

The council members will vote in favour of the disqualified PM on October 3 meeting. Nawaz Sharif is expected to fly back London on October 5 to look after his wife Kulsoom Nawaz who was recently discharged from the hospital.

Sources claim that ex-PM will not stay long in London and return back home to face accountability in NAB court regarding corruption references.

Did nothing wrong, will succeed everywhere: Nawaz Sharif