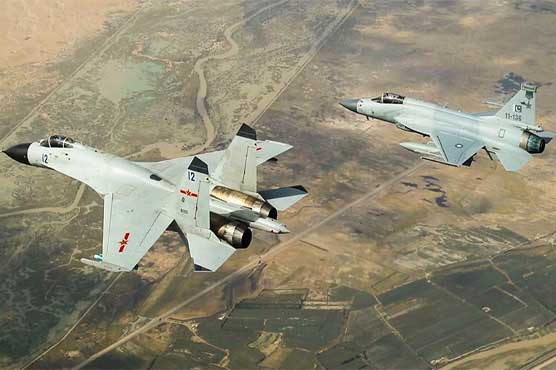 'Shaheen VI' began on Sept. 7 and has been fully open to media for the first time.

The drills maintain national security and protect people of the two countries, Zhan Houshun, air force commander of the Western Theater Command, said at the close of the exercises, China.org.cn reported on Tuesday.

“Shaheen VI” began on Sept. 7 and has been fully open to media for the first time.

“Shaheen-VI”, is the sixth in the series of joint air exercises between air forces of Pakistan and China, which is conducted each year in both countries on alternate basis. China’s Air Force contingent participated in “Shaheen-V” which was conducted in Pakistan last year.

The “Shaheen” joint training was launched in March 2011.