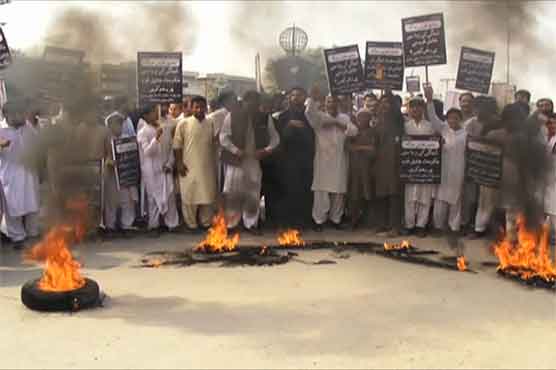 PESHAWAR: (Dunya News) – The death toll from dengue fever on Monday reached 34 as one more fell prey to dengue. People came out in protests against the government over inadequate arrangements against the deadly virus and failure to provide the survivors of the victims with relief cheques, reported Dunya News.

The people in Tehkal protested against the government as the grand jirga belonging to Khalil tribe blocked University Road for all traffic.

There was complete traffic jam on University Road causing trouble to the common citizens. The citizens also clashed with the protestors on the occasion but the police controlled the situation. 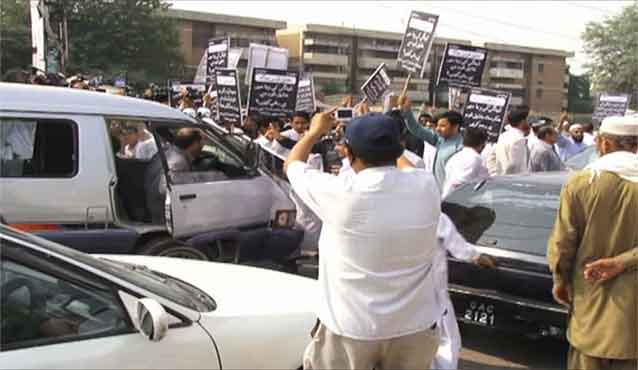 The protestors warned that protest will be held outside Chief Minister House next week if their demands weren’t met. They peacefully dispersed later on.