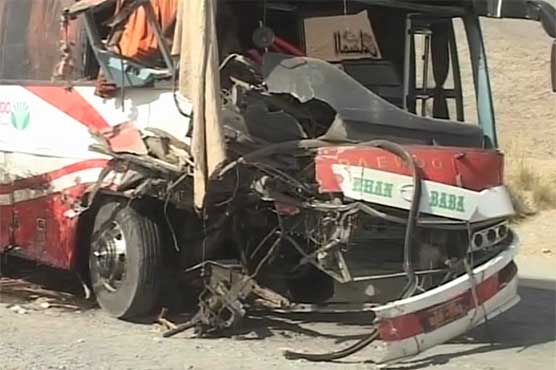 The accident occurred on Western Bypass near Akhtarabad area.

QUETTA (Dunya News) – At least four people including two women were killed and eight others injured when a passenger coach rammed into a tractor coming from opposite direction in Quetta today (Sunday).

The accident occurred on Western Bypass near Akhtarabad area. 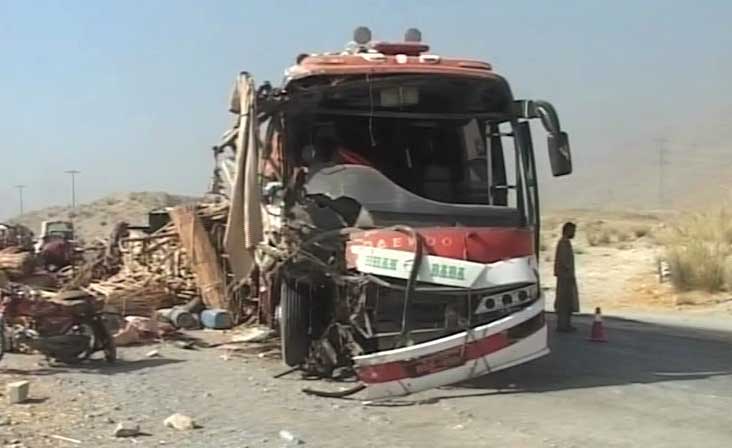 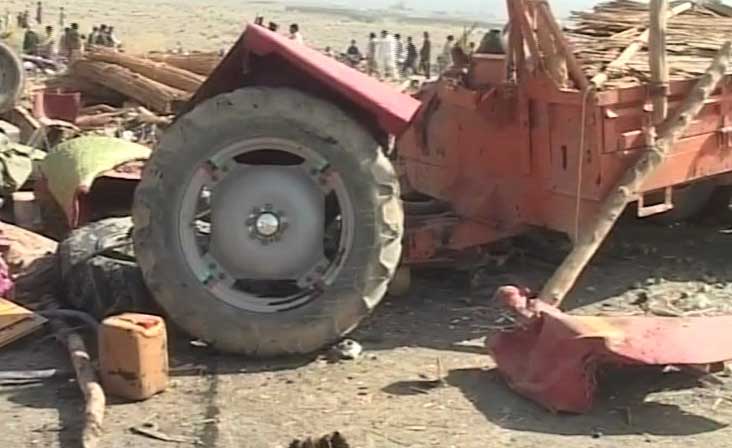 Rescue teams immediately arrived at the scene and shifted the injured persons to Combined Military Hospital (CMH) where three of them were in critical condition. They were later moved to the civil hospital.

Meanwhile, bodies of the victims have been handed over to the families.

Pakistan has an appalling record of fatal traffic accidents due to poor roads, badly maintained vehicles and reckless driving.

The recovery equipment available to Pakistani emergency services is often basic. When crashes happen some distance from major towns, rescue efforts can take time and the injured have less chance of survival.

Quetta blast: 11 martyrs to be identified by DNA tests