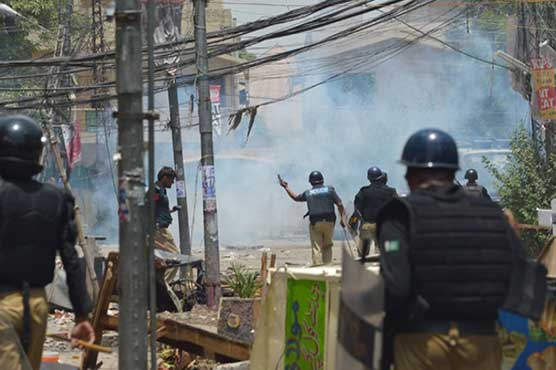 It was stated in the plea that LHC, on September 21, had issued directives to make judicial inquiry report of Model Town massacre public, however, the authorities have failed to provide it despite court’s order.

On the other hand, Punjab government has also filed an intra-court appeal in LHC, challenging the court’s verdict. The lawyer also remarked that a full-member bench is hearing the case and single bench ordered to reveal the report, which is incorrect.

Two years ago on June 17, an 11-hour clash between Punjab police and PAT workers left at least 14 dead while around a hundred were wounded.

The violent clash happened as police’s anti-encroachment staff began to remove barriers from the roads leading to offices of Minhajul Quran and Dr Qadri’s residence in Model Town.

Local media covered the incident showing police hurled tear gas canisters and resorted to firing on the activists while the security officers had stated they were attacked from inside the Minhajul Quran office.

Chief Minister ordered an immediate inquiry and a Joint Investigation Team was formed.

However, the government was alleged by PAT chief of ‘tampering with the evidence’ stating that health certificates of the injured police personnel were altered in the hospitals following the clash.

Perception of covering multitude of sins to stem if Model Town report not published: legal experts