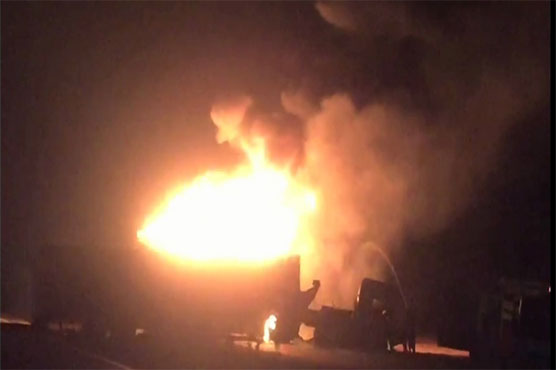 At least three people were killed when an oil tanker collided with a trailer in Naushahro Feroze.

NAUSHAHRO FEROZE (Dunya News) - At least three people were killed when an oil tanker caught fire after collision with a trailer at the National Highway near by-pass in Naushahro Feroze on Friday night. One person was also wounded in the accident.

Police sources said that traffic on both sides of the National Highway was suspended as the oil tanker caught fire after the accident which caused huge traffic jam.

Motorway police reached the spot and cordoned off the entire area. According to SP Imran Qureshi, three persons were killed on the spot. Police have shifted the dead and injured to Civil Hospital.