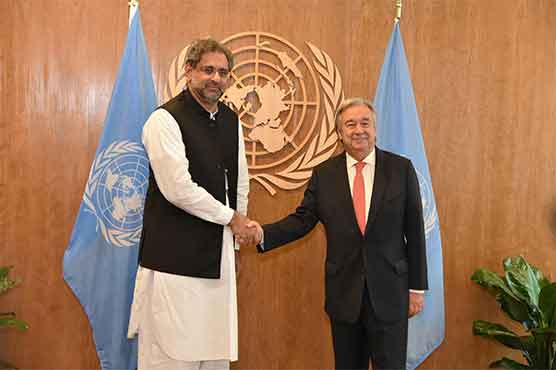 During the meeting Prime Minister raised the issue of Kashmir in front of António Guterres. Abbasi gave a dossier regarding the atrocities carried out by Indian security forces in Kashmir. He also demanded that UN Secretary-General should appoint special representative for Kashmir. He further complained that India has closed negotiation doors with Pakistan.