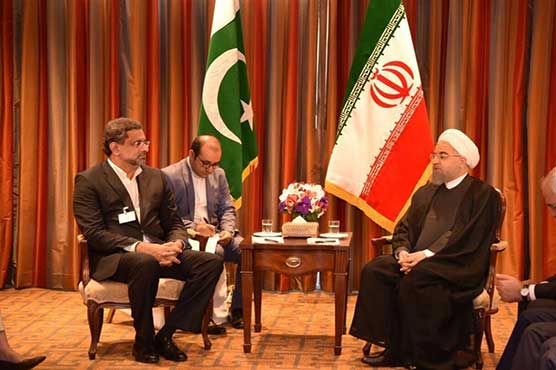 Pakistan is committed to strengthen relations with Iran, said Abbasi.

NEW YORK (Web Desk) - Prime Minister (PM) Shahid Khaqan Abbasi in a meeting with Iranian President Muhammad Hassan Rouhani on the sidelines of the UNGA session in New York discussed strengthening of relations between the two countries, besides focusing on the issue of regional peace and security.

The premier said while pursuing a policy of peaceful neighbourhood, Pakistan is committed to strengthen relations with Iran.

Reaffirming Iran s commitment to strengthen ties with Pakistan, President Rouhani emphasized that both countries should work together closely for mutual cooperation in the areas of border management, trade, and investment. 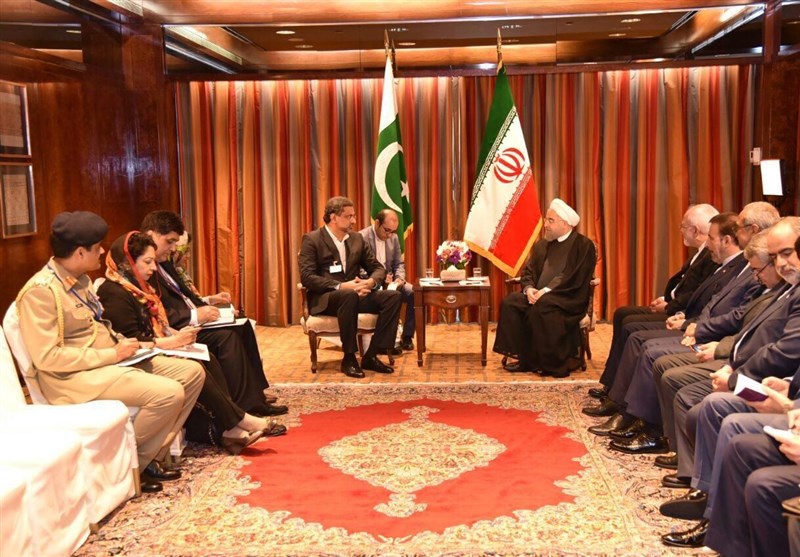 The two leaders also exchanged views about efforts for peace and stability in Afghanistan.

They agreed upon the revival of the Pakistan-Afghanistan-Turkey Trilateral process for promoting lasting peace and stability in Afghanistan. 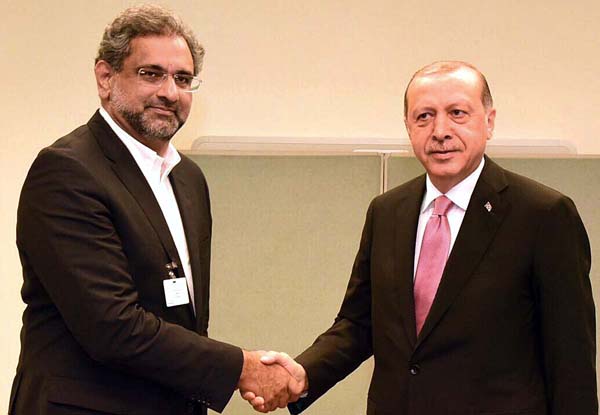 Prime Minister Shahid Khaqan also met with US Vice President Mike Pence and discussed various issues including the recent trump statement regarding Pakistan in the perspective of US policy about Afghanistan and South Asia Region.