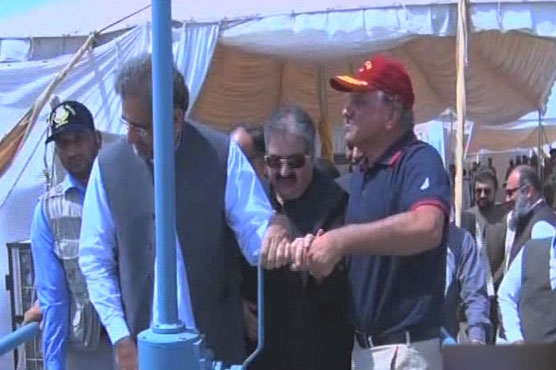 Kachhi canal will irrigate 72,000 acres of barren yet cultivable land.

While addressing the ceremony, the premier asserted that the project will change the fate of the nation.

He pronounced that as the foundation of the project was laid by ex-prime minister Nawaz Sharif, he should have been there to inaugurate it.

PM Abbasi went on to say that Nawaz Sharif left the office quickly but no chaos happened in the country.

Kachhi canal will irrigate 72,000 acres of barren yet cultivable land in the far-flung and backward areas of the district. 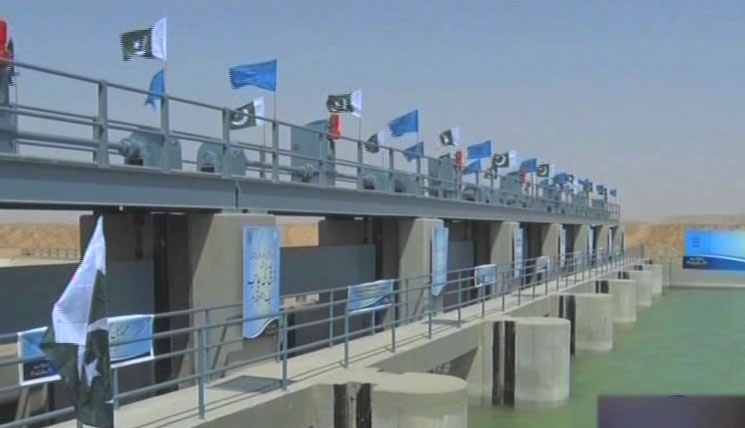 With the completion of phase one of Kachhi Canal, water infrastructure and irrigated agriculture have achieved a land mark as the project is being called a ‘game changer’.

The project completed with a cost of about Rs80 billion rupees and will ensure economic development and social uplift in the remote areas of Balochistan by promoting agriculture and agro-based economy.

Work on phase two and three is also likely to begin shortly which will make additional 7,00,00 acre land cultivable in the reas of Naseerabad, Bhag Nara, Gandawa and Kachhi.

After the first phase was completed, water was released from Taunsa Barrage to Kachhi canal on September 1 which has now reached Dera Bugti’s Sui area.