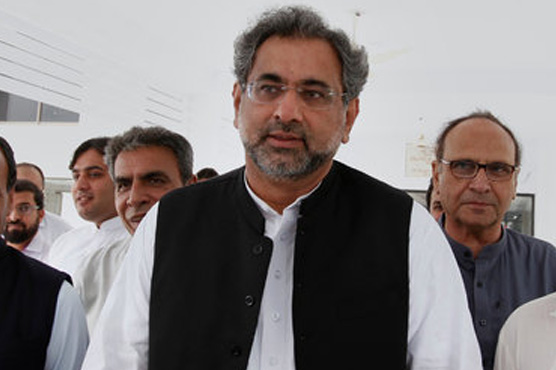 ISLAMABAD (APP): Prime Minister Shahid Khaqan Abbasi Tuesday said Pakistan was more committed than any other country in the region for peaceful resolution of the Afghan issue.

Pakistan had suffered massively due to instability in Afghanistan and believed that the solution should be Afghan-led and Afghan-owned, he told a group of foreign media representatives during an interaction here at the PM Office.

The prime minister reiterated that Pakistan was open to close cooperation with the United States as their ties were decades old and could not be defined on the basis of one issue – Afghan issue.

The issue of terrorism, of course, was a matter of concern for Pakistan as well, it had done most in addressing it, he said and added, “We had defeated it.” He told the media men to visit Miran Shah and see for themselves how Pakistan’s military had cleared the area by offering sacrifices.

Assistance Force (ISAF) had achieved there. He said that Pakistan was open to bilateral verifications and joint patrols. It had fenced its border with Afghanistan and would welcome if they did the same on their side.

The other side also required to address Pakistan’s concerns regarding presence of terrorists, attacking Pakistani border areas, he emphasised. The prime minister said much more was happening from other side of the border and vehemently rejected the perception that attacks took place from Pakistan’s territory, terming such allegations ‘completely incorrect’.

He said the leadership [of militants] was based in Afghanistan. He told that Pakistan had hosted 3.5 million Afghan refugees. “We have even offered training to the Afghan forces to come here and train themselves to fight terrorism,” he added.

He said his government’s mandate was to complete the initiatives taken by Mohammad Nawaz Sharif. To another question, the prime minister opined that democratic system in the country was being strengthened with the passage of time.

The prime minister strongly rejected that democracy could be derailed in the country and said the intensity and relevancy regarding debate about the system could increase but ultimately, it would be resolved.

About the BRICS declaration, the prime minister said the statement was not specific to Pakistan. There was no difference in the policy of Pakistani and Chinese governments, he added.

About going back to the International Monetary Fund (IMF), he said the government had successfully completed the IMF programme with minimal inflation.

The prime minister did not foresee to go to the IMF and hoped that the government would achieve its economic targets with prudent economic policies.

He said the biggest achievement of the present government was to minimize inflation rate. He said the government would be able to address the economic challenges and its intention was to proceed with its own growth rate.

Challenges were always there but the government was addressing the same, the prime minister said, adding the stock exchange would hopefully go up in the coming days.

He said the current economic issues were definitely a challenge but “we are addressing it.” The prime minister said the devaluation of rupee was not on the card. “We are broadening our tax net base and have a composite plan to provide incentives to the tax filers.”

To a question about ups and downs in the Pak-US relations, he said there was economic, political and military relationship between the two countries. He said the US had not clarified some of the perceptions that were raised after President Trump’s policy statement on Afghanistan and South Asia.

He said that Pakistan needed more collaborations and cooperation between the two countries in various areas rather than aid and assistance.

He added that Pakistan was a huge market and the US companies had multi-billion opportunities here.

“We intend to work and cooperate with the US against terrorism and if both the countries have any concern it should be addressed,” the prime minister said. “We respect other’s sovereignty and expect the same from others.”

About Pakistan-India tension at the Line of Control, he said that Pakistan had always welcomed efforts to have a peaceful relationship and wanted to resolve it peacefully through dialogue.

He said that Pakistan had lost more than $120 billion in the war against terrorism, besides the world community must recognize its sacrifices.

Regarding Foreign Minister Khawaja Muhammad Asif’s visits to four countries after Trump’s statement, the prime minister said the miniter was visiting major capitals of the world where Mr Trump’s statement would also come under discussions with the leadership of those countries.

To a question about Pakistan’s mediation with Gulf countries, he said, “We look upon it as a family issue that needs to be resolved between two brothers.”