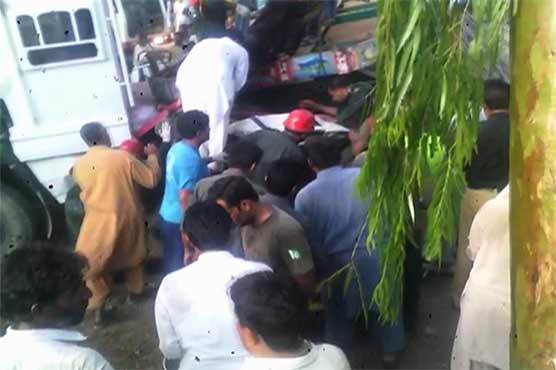 LAYYAH (Dunya News) – Six minors and three women among 11 persons were killed in a road accident on Saturday and 20 people sustained injuries on Multan-Mianwali Road.

The accident occurred near Chowk Azam where a speeding coach carrying wedding attendees belonging to Chak Number 388 collided with a trailer. 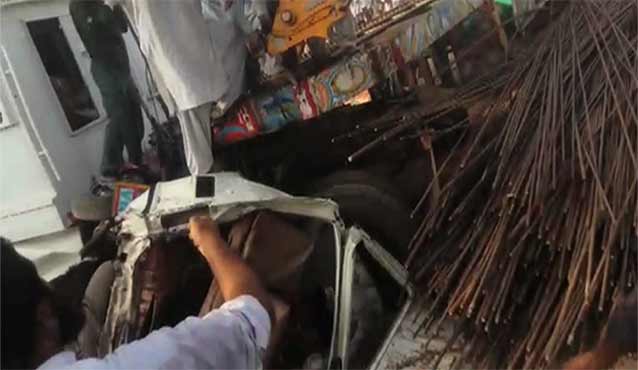 Reportedly, the trailer was loaded with hundreds of tons of steel and several passengers died on the spot.

Rescue teams who reached the accident site after learning about the news struggled with the operation as the van was crushed under steel. Reportedly, cranes were called in to lift the trailer to rescue the people.

At least 20 of the injured were shifted to district headquarters hospital where many are said to be critical.

Earlier in July, at least 11 people were killed and 20 others were wounded when a bus collided with a tractor trolley near Layyah.

A bus enroute Rawalpindi from Karachi collided front-first with a tractor trolley at the Kehror Road.