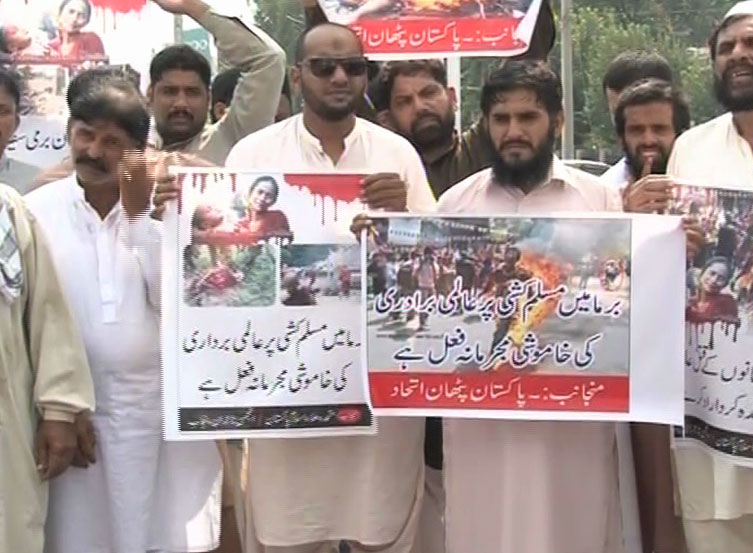 Protests and rallies are being conducted in several cities.

LAHORE (Dunya News / AFP) - Countrywide protests are being held against the genocide of Rohingya Muslims in Myanmar.

Protests and rallies are being conducted in several cities demanding an end to the violence on the persecuted minority. 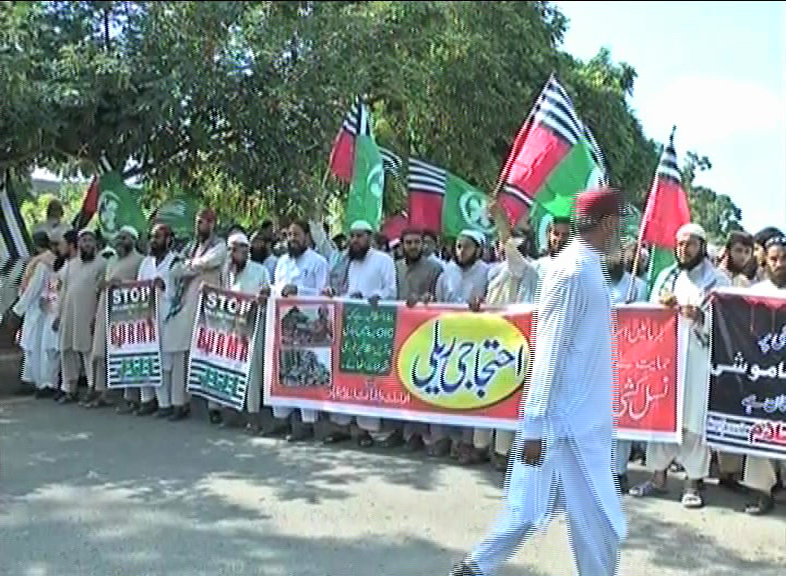 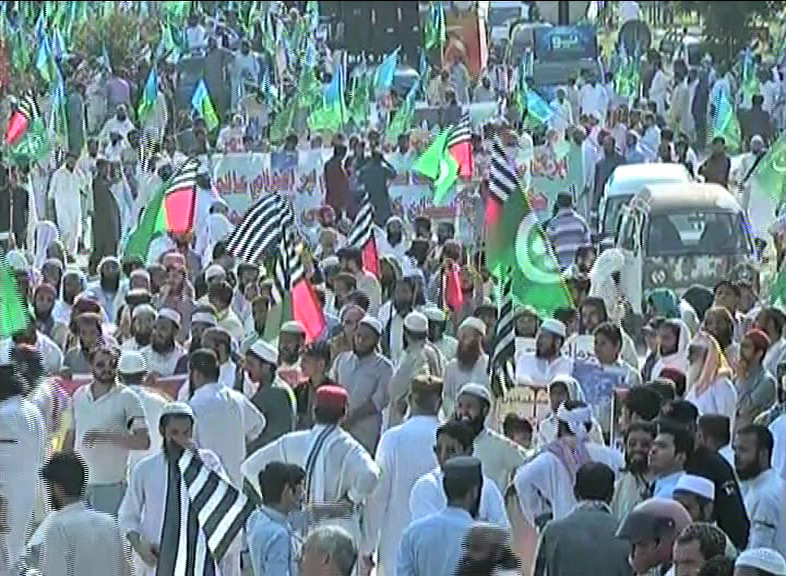 Pakistan Peoples Party (PPP) alongwith other human rights organizations are staging a protest outside Karachi Press Club. On the other hand, traders community in Joria Bazaar are also raising their voice over the atrocities on Rohingya Muslims.

Meanwhile, a protest rally is being taken out by Jamiat Ahle Hadith on Lawrence Road in Lahore. Similarly in Gujranwala, protesters have gathered outside press club. 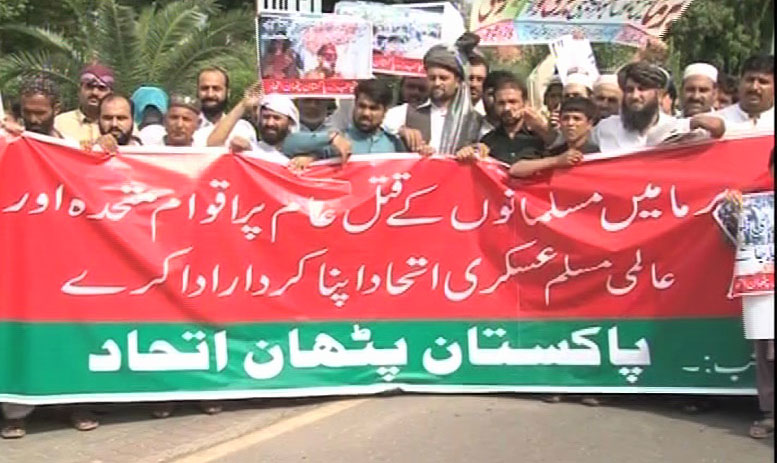 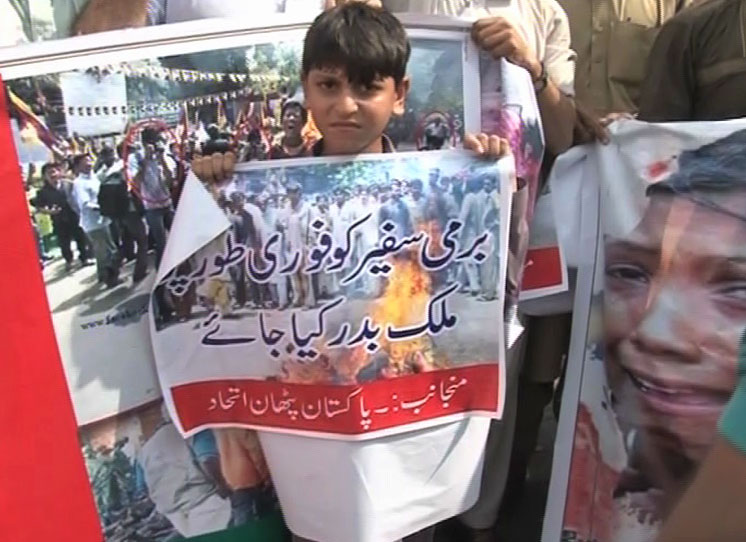 Others have died trying to flee the fighting in Rakhine state, where witnesses say entire villages have been burned since Rohingya militants launched a series of coordinated attacks on August 25, prompting a military-led crackdown.

The Rohingya have long been subjected to discrimination in mostly Buddhist Myanmar, which denies them citizenship and regards them as illegal immigrants from Bangladesh, even if they have lived in the country for generations.