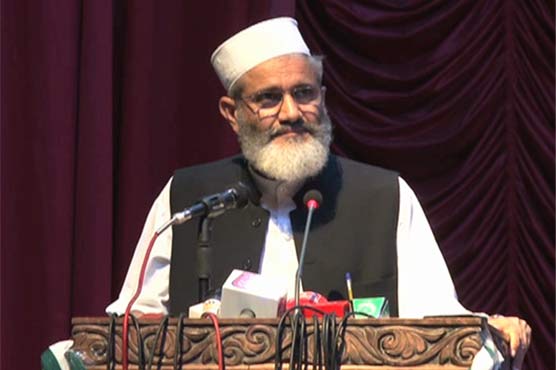 He asserted that the international silence over the genocide of Rohingya Muslims is a crime. “Pakistan should immediately expel the ambassador of Burma,” he demanded while addressing a youth festival in Peshawar.

He vowed that he will transform Pakistan into an Islamic welfare state. “The father who won’t allow his girl to study, will be put in jail,” he said. He said that he hopes that apart from boys girls should also have separate grounds at union council level.

U.N. estimates up to 300,000 Rohingya Muslims could flee Myanmar violence to Bangladesh