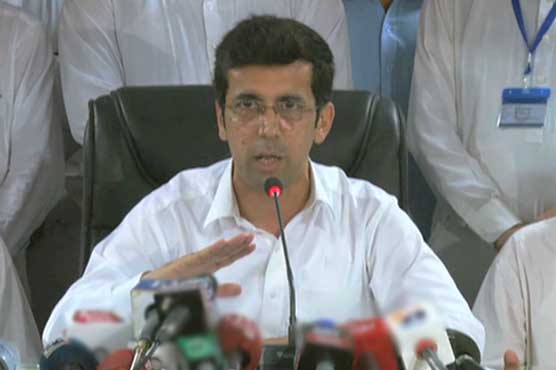 Shahram Tarkai made a telephonic contact with Khawaja Imran and told him the government's decision.

PESHAWAR (Dunya News) – Khyber Pakhtunkhwa (KP) government has on Sunday decided to take help from the medical teams from Punjab to overcome dengue, and KP Minister for Health Shahram Khan Tarakai has informed Punjab Minister for Primary and Secondary Health Khawaja Imran Nazir about it.

According to details, Shahram Tarkai made a telephonic contact with Khawaja Imran and told him the government’s decision. A meeting has also been summoned to discuss the issue, and will be chaired by KP secretary health.

Let it be known that the medical teams from Punjab were already treating the dengue patients in KP. The teams had installed their camps in Peshawar’s affected area Tehkal.

The camps were set under the supervision of Khawaja Imran Nazir. KP government had earlier taken the stance that it will curb the disease using its own resources, and will not give access to medical teams from Punjab to its hospitals.