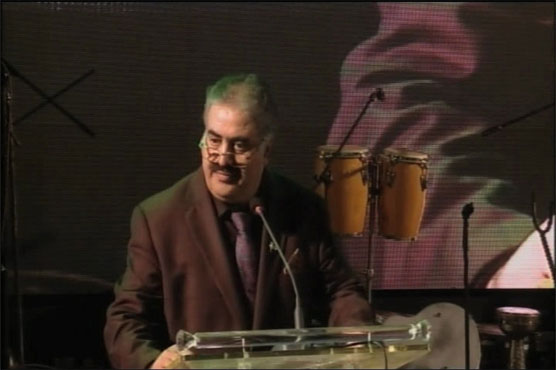 CM Balochistan has said that we need to set aside our differences for the progress of our country.

QUETTA (Dunya News) - Chief Minister (CM) Balochistan Nawab Sana Ullah Khan Zehri while addressing Excellence Award ceremony at the Bugti Stadium in Quetta on Monday said that we need to set aside our differences and have to join hands for development and prosperity of the country.

The Chief Minister Balochistan was the chief guest on the occasion. Those people who showed excellent performance in various fields were awarded in the ceremony.

Nawab Sana Ullah Khan Zehri further said that knowledge and awareness can put Balochistan on the way of development within limited resources and short time.

Renowned singers Ali Zafar and Shazia Khushk also enthralled the participants of the Excellence Award with their hit songs. The ceremony ended with a colourful display of fireworks.

Youth stabbed to death over old enmity in Muslim Bagh