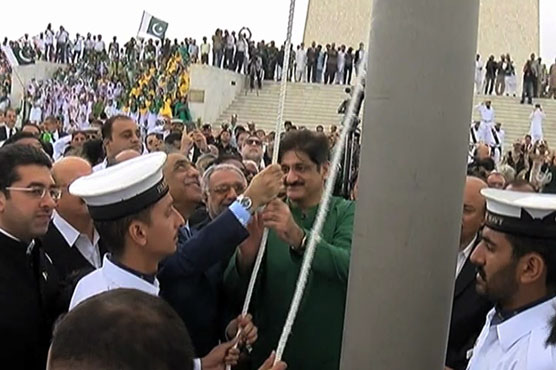 Provincial ministers urged to strive for the betterment of Pakistan.

KARACHI / PESHAWAR (Dunya News) – On the occasion of 70th Independence Day numerous prestigious flag-hoisting ceremonies were held in the provincial capitals on Monday and were attended by chief ministers and higher officials.

After offering Fateha, Punjab chief minister while talking to media said that the annual balance sheet should be reviewed to see what the nation has lost and achieved.

He urged that the nation should implement and follow the sayings of the Quaid. “On August 11, 1947, the Quaid termed corruption as a poison. This Independence Day, we should put into action his sayings and rules,” said the CM. 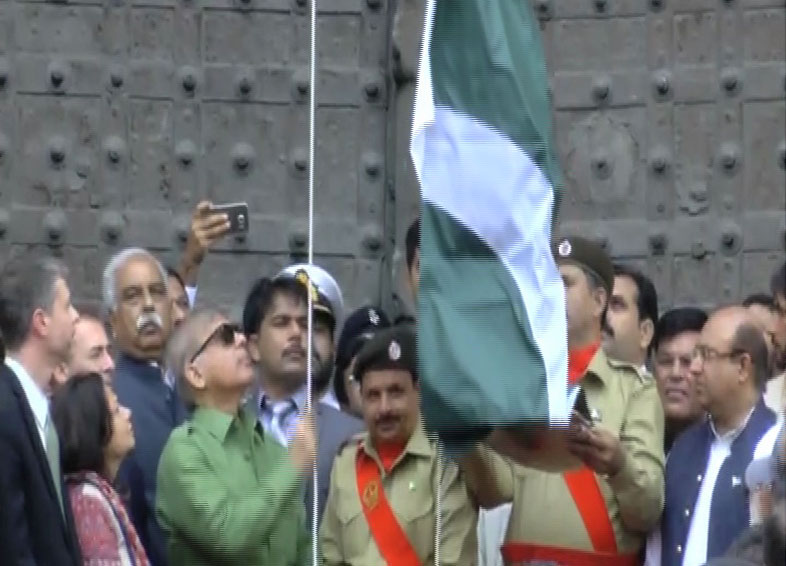 Provincial ministers and DG Rangers also accompanied the CM to the mausoleum. Pakistan Navy cadets took the responsibility of the guards. 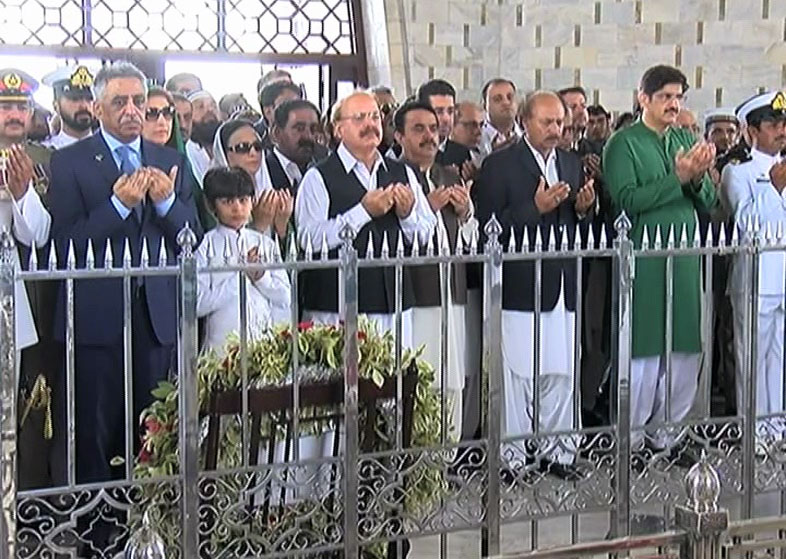 While talking to media, Sindh CM said that they committed many mistakes in the past however; they have to move forward as the situation is changing in the country. 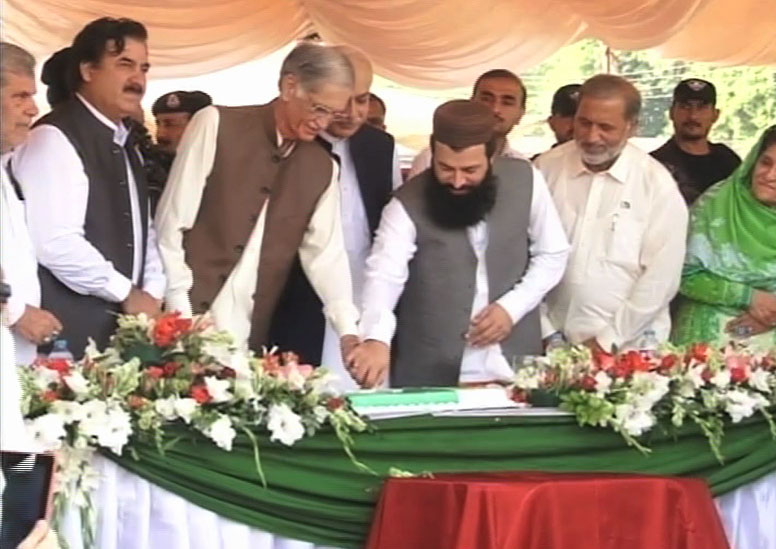 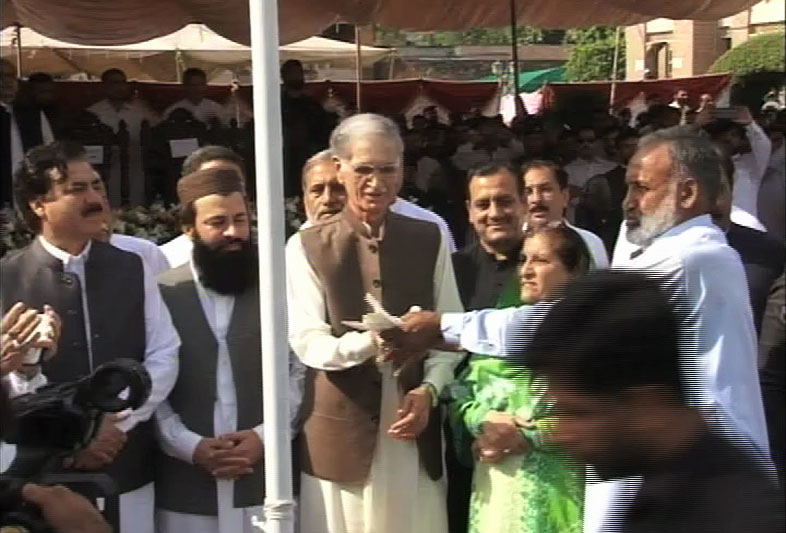 Talking to the ceremony, he said that Quaid struggled for the independence of Pakistan but now they have to make the country better.

"The aim behind forming Pakistan was to provide justice to people and supremacy of law. PTI is also working hard for it," he said.

Similarly, a flag-hoisting ceremony was also organized in Quetta National Assembly. Balochistan CM Nawab Sanaullah Zehri said on the occasion that Pakistani enemies want to impede the country’s progress but won’t be successful. He asserted that the solution to Pakistan’s problems is only democracy. 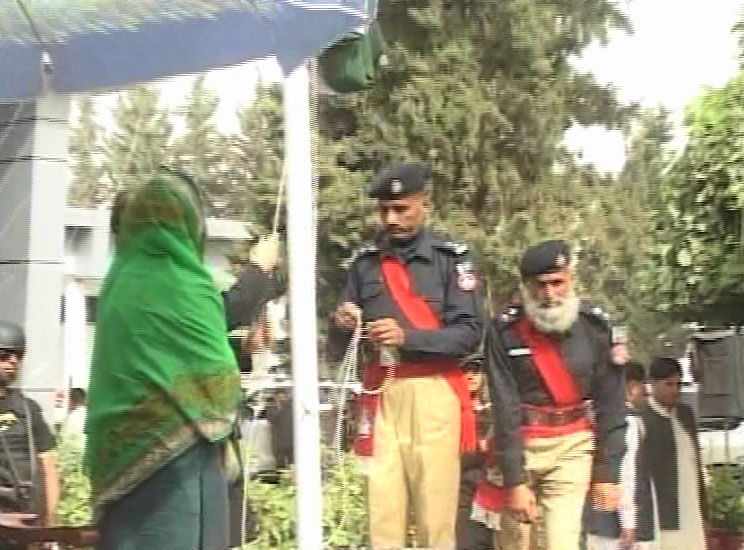 No better way to celebrate Independence Day than to defend borders: COAS