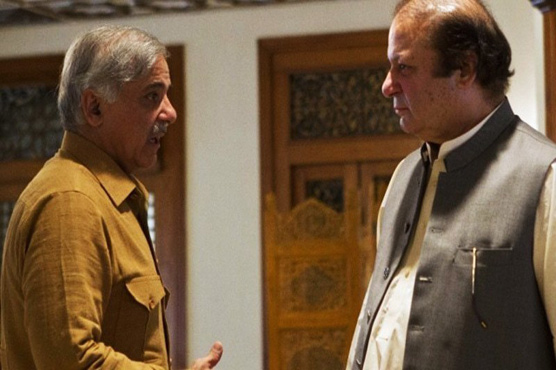 Decision is linked with PMLN fears that it will lose grip on Punjab. Photo: Reuters

(Reuters) - The brother of ousted Pakistani Prime Minister Nawaz Sharif will not contest a parliamentary by-election for the vacant seat, effectively scuttling previous plans for him to take over as prime minister in September, according to party sources.

Sharif, 68, was disqualified by the Supreme Court last month but kept his grip on the ruling Pakistan Muslim League-Nawaz (PML-N) party and outlined plans for Shahid Khaqan Abbasi to act as interim prime minister until his brother, Shehbaz, becomes eligible to take over by winning the by-election.

There had been a lot of speculation in the local media over the party s decision to replace the former PM with his younger brother, Shehbaz, following Nawaz s ouster.

But Sharif and PML-N leadership have decided that Shehbaz should continue in his role as chief minister of the politically vital Punjab province that accounts for more than half of Pakistan s 190 million people.

"Shehbaz will definitely not contest for NA 120," said one of Shehbaz s aides in Lahore, referring to the National Assembly seat left vacant by Nawaz.
A senior PML-N figure in Lahore confirmed that the chief minister would not be contesting the seat, a move likely to leave Abbasi in charge until the next general elections, likely in mid-2018.

PML-N officials say the main reason why Shehbaz may not take over is linked to the general elections and the party s fears that its grip on the vital Punjab province will weaken if he steps down as chief minister.

The way Pakistan s political system is set up means any party that sweeps Punjab will most likely go on to form a government after the 2018 poll.
Nawaz resigned last month after the Supreme Court disqualified him for not declaring a small source of income - something he rejects receiving.
The veteran leader has criticised the court s decision and plans to begin a two-day drive to Lahore today (Wednesday) via all the major towns along the way - a move that his supporters say will show how popular he remains with voters.

His supporters also argue that it is not clear if the Supreme Court disqualification means he is barred from contesting the next election.