Tahir ul-Qadri to return to Pakistan on Aug 8 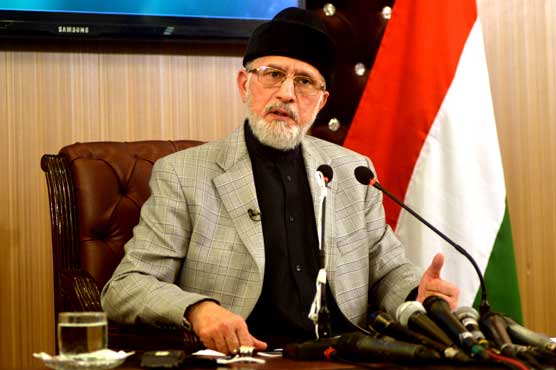 Tahir ul-Qadri to return to Pakistan on Aug 8

The PAT Chairman has announced to launch anti-Shehbaz campaign.

Earlier in his statement after Nawaz Sharif’s disqualification by the Supreme Court in Panama Papers case, the PAT Chairman said that the justifications offered by the former Prime Minister in his defence make no sense and fly in the face of facts. He said that what has come to the fore is just a tip of the iceberg, adding that the list of crimes committed by the ruling elite is very long and they need to be meted out exemplary punishment for that.

The PAT Chairman demanded that the Model Town Commission report and documents contained in the Volume 10 of the JIT report should be made public now. He said that Nawaz Sharif just did not loot the country but his actions against the national security are on record as well.

Qadri alleged that Nawaz Sharif will not sit idle and will target the national institutions such as judiciary and national security institutions. He said that anxiety of the former ruler has increased manifold after expression of complete satisfaction by the people with the judgment of the apex court.