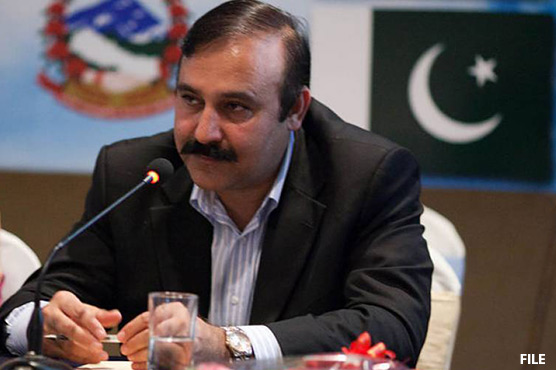 ISLAMABAD (Dunya News) – Journalists have lodged protest with leaders of Pakistan Muslim League-Nawaz (PML-N) on Sunday after media personnel were assaulted by officials of Federal Investigation Agency (FIA) for clicking pictures of arrested chief of Securities and Exchange Commission of Pakistan (SECP).

Tariq Fazal Chaudhry and Daniyal Aziz were to address a press conference in the federal capital when journalists resorted to chants against the ruling party.

A female reporter of Channel 24 was allegedly detained while her colleagues thrashed on Friday as they covered SECP chief Zafar Hijazi’s visit to PIMS following his arrest.

Tariq Fazal Chaudhry said that interior minister would not tolerate misbehavior with woman reporter and the Capital Administration and Development Division (CADD) minister apologised for the incident.

Hijazi was interrogated by FIA on Friday after a special court rejected extending his pre-arrest bail. He complained of feeling sick during the interrogation which is when he was shifted to PIMS for a medical checkup.

Relatives and officials of the federal department assaulted television channel s team for covering the development.