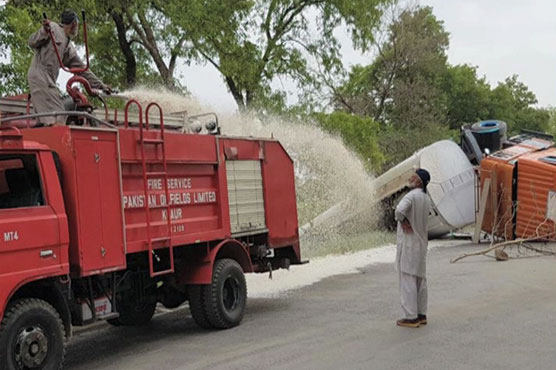 This is the fourth such incident of tanker overturning in the country in a week.

Hundreds of litre fuel spilled on the road however; no causalities were reported. Police and rescue teams arrived at the spot after the accident and sealed the area. The tanker driver and conductor were also arrested. The fuel was then shifted to a second tanker. 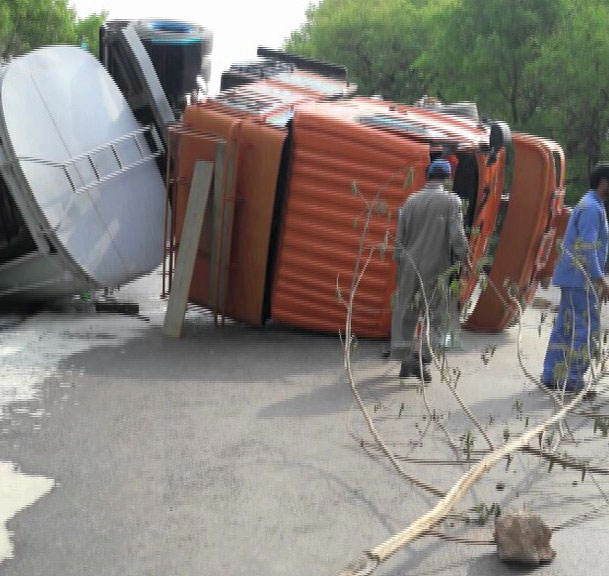 This is the fourth such incident of tanker overturning in the country in a week.

Yesterday, an oil tanker that was going from Karachi to Punjab turned turtle on National Highway near Qazi Ahmed in Nawabshah and caught fire however; timely measures did not cause any major incident. 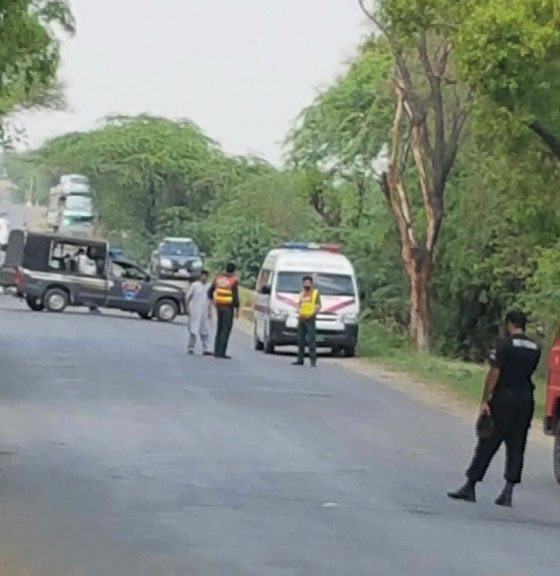 Last Sunday, a tanker overturned on a main highway from Karachi to Lahore while carrying some 40,000 litres of fuel. It exploded minutes later as crowds from a nearby village gathered to scavenge for fuel, despite warnings by the driver as well as motorway police to stay away. The accident took place in Ahmedpur Sharqia tehsil near Bahawalpur.

The tragedy marked a grim start to Eid, the celebrations closing the Muslim holy month of Ramazan. Pakistan has a poor record of fatal traffic accidents due to poor roads, badly maintained vehicles and reckless driving.