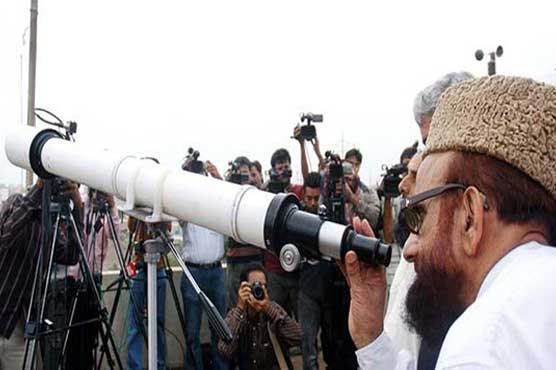 The meeting will be held on June 25 at Aiwan e Auqaf - Eidgah, Charsada Road.

According to the details, the meeting will be held on June 25 at Aiwan e Auqaf - Eidgah, Charsada Road in Peshawar.

Earlier, Pakistan Meteorological Department (PMD) had predicted that Eid-ul-Fitr is likely to occur on June 26 due to high chance of Shawwal moon sighting on Sunday, June 25 on 29th of Ramzan.

The new moon of Shawwal will be born on 7:31on June 24 and will be visible on next day as the weather is expected to remain fair across the country whereas some parts will remain partly cloudy, the press release said.

Criminal activities continue unabated in Karachi ahead of Eid