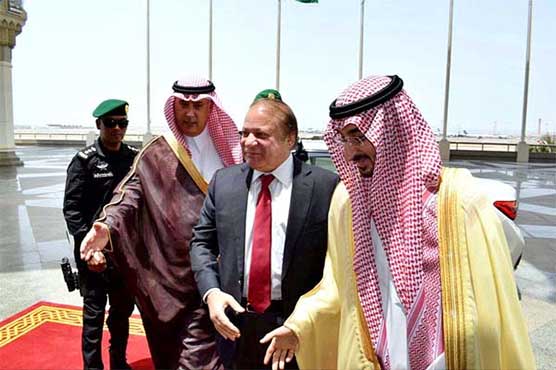 The prime minister was received by Deputy Governor of Makkah region.

On his arrival at King Abdulaziz Airport here, the prime minister was received by Deputy Governor of Makkah region Prince Abdullah bin Abdulaziz.

The prime minister, who flew to here on commercial flight PK 741, will perform Umrah besides paying respects at Roza-e-Rasool (Peace be upon Him).

The video was posted by his daughter Maryam Nawaz on Twitter: